BURIED UNDE THE CLUTTER IS UP FOR REVIEW TODAY

Good Thursday everyone, hope your week is going well. Today we are going to review BURIED UNDER THE CLUTTER (TINA TALES MYSTERIES BOOK 2) by Jan Christensen. 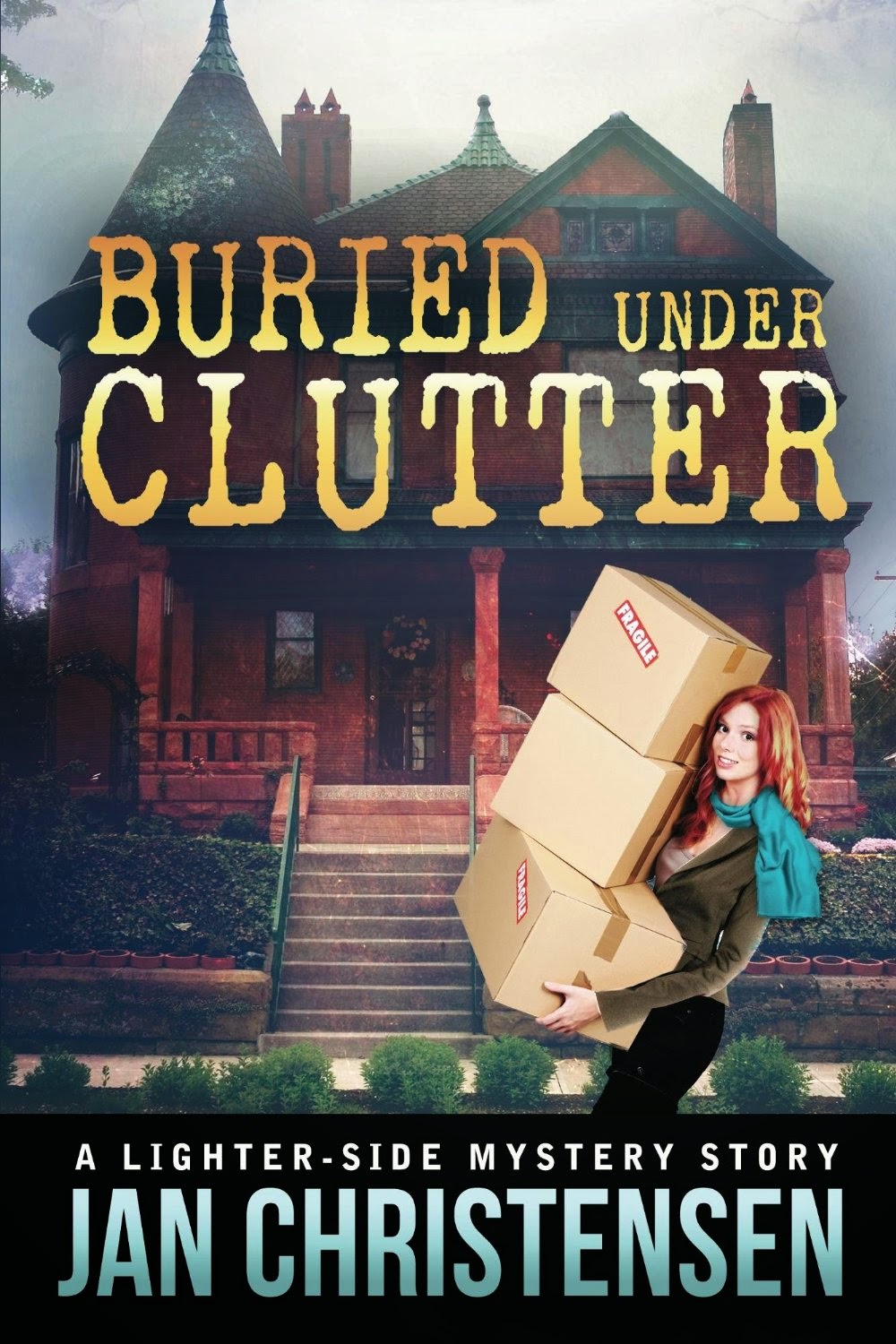 Someone screams inside the old, neglected Victorian house next door, and Tina Shaw runs to find out what’s wrong. A woman bursts out the door saying her aunt is dead. Murdered. Tina notices that the hallway is piled high with cartons. Later when the woman begs her to help clean up the house, Tina hesitates. She’s just begun a career as a professional organizer, though, and her hands itch to start on a new job.

As Tina sifts through the clutter, she finds clues the murdered woman left behind. She learns the woman was rich, and all her relatives are suspects. But when the will is read, Tina and her family also become suspects. After her mother is arrested, Tina begins investigating in earnest with the help of her boyfriend, Hank (the Hunk). Will she find out who the killer is before her own life is put in danger?

Second in the Tina Tales series.
MY REVIEW
This is the first book I have read by Jan Christensen. I will be reading more I really liked it . It is a mystery but it is also on the lighter side.  I started reading this and couldn't put it down . I so wanted to find out who killed the old lady. Trust me when you are reading you are like ok I like her as the murderer and then someone else comes into play. Tina is in the center of the investigation. She takes it upon herself to clean up the dead woman's house . Along the way she finds clues to who murdered  the old lady . Even her family is looking like suspects .  But as she works along her life becomes endangered . Will she figure everything out before she ends up dead.
The characters are so well written and each of the suspects have their own little quirks that make them unique and you will giggle at some of them . Tina is a sweet girl that has moved home to help out her mom and uncle . She is spunky and tough but also has a soft side especially for her mom , uncle and hey hunky boyfriend Hank. Her mom is like most mom's , she is a little controlling but loves her daughter. I really loved her uncle, who is deaf and man he is funny. He has a hearing dog and throws out really rare clichés whenever he can. Which usually come out at the most awkward times . We even learn a lot about Mrs. Blackwell , even though we never actually get to meet her. We find out a lot about her as Tina goes through all her stuff. I learnt a lot about hoarders when I read this book. I think I now have a little understanding about what a hoarder and why they do what they do.
This was a well written story that flows easily and doesn't lag. Its not a mind melting book. Its a cozy mystery that you can read in an evening . There are plenty of suspects that will keep you guessing all the way through the book . I would recommend  this book to anyone who wants to read mystery. You will be surprised when the murderer is revealed at the end of the book . You may have thought you had it figured out but you won't. Trust me on this fact , I honestly thought I had if figured out but I was wrong . So if you want a cozy read that will keep you going one more chapter . This is the book for you
Posted by BOOKS TO CURL UP WITH at 5:55 AM