release day for THE BEAT by Amity Cross

Today is the release day for BEAT by Amity Cross. I am happy help get this book out there . 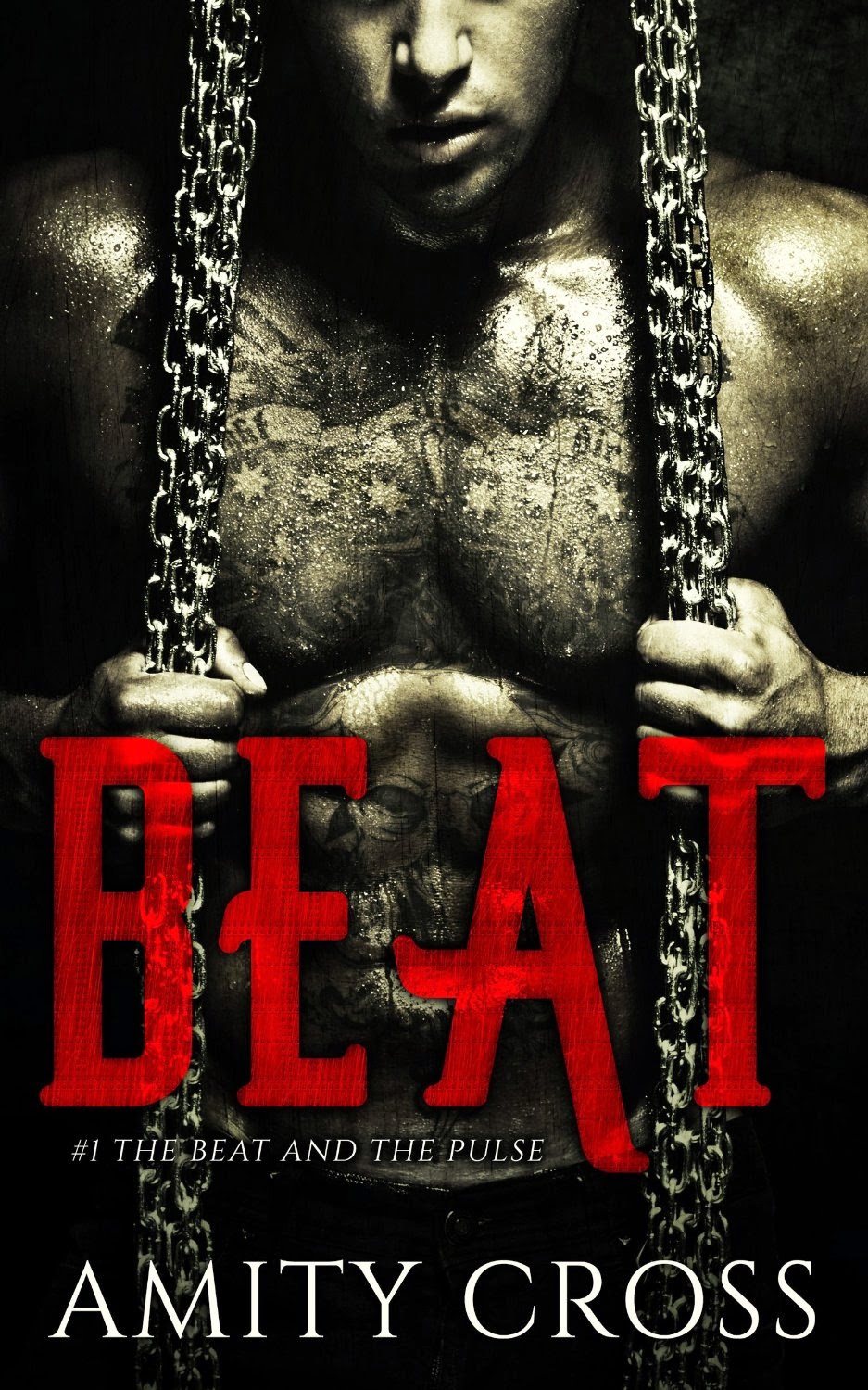 Renee "Ren" Miller was five when her Dad left to go to the shops and never came back.

Left to grow up with a cancer riddled mother, things have never been easy for a teenager who had to be wise beyond her years. Then one day they lose the battle and she's all alone.

Now twenty-two, Ren reluctantly goes to find her estranged father. He owns the down and out boxing studio, Beat, and Ren finds herself drawn to the ring. She thrives on learning a new way of fighting a life that kept kicking her down...instead of struggling against the current, she kicks it right between the legs.

Then one day, Ash Fuller, her Dad's star fighter comes back to town. Mysterious, handsome... Dangerous... Everything Ren doesn't need.

But he's got other ideas...

BEAT is an in your face MMA FIGHTER romance with strong language, hot as hell sex scenes and some violence. Totally 18+ material.

If that's not your cup of tea, then Beat might not be for you.
MY REVIEW
If you like edgy stories that have tattooed men mma fighting and more hot men. This will be the book for you. There is a love story in the pages also. Renee, Ren Miller. Is on the hunt for her father. The man who abandoned her when she was five years old. To look after her cancer ridden mother. She didn't get a chance at having a normal life. She used all energy to take care of her and she never had the chance to have a normal life. After her mother dies Ren goes on the hunt to find the man that left her. She wanted to meet him and remind him of what he did. Tracking him down and finds him training mma fighters in a gym he owns. Her father takes her in lets her stay at the gym in the stock room. Ren becomes friend with the guys working out and makes and enemy with her step sister. Things were going good she is taking classes working out all her frustration about her dad not caring and the loss of her mother. She works out hard and kicks ass with the guys
Until the day Ash walks into the gym. The cocky MMA fighter that is her dad's prized guy. She is digusted and yet intrigued with him all at the same time. As they work out and finally give in to their desires . Things explode and all hell breaks loose. Will things ever be the same after all that happens . Will they survive the out come
This is the first book I have read from Amity Cross. What a book to begin with. She takes us on a thrill ride. She takes us from the pits of hell back up again, the characters are broken but lovable. The relationship between the two main characters is a strange one but it works. They need each other and in a strange way they do love each other. There are just too many things that are going against them.
The whole cast of characters are great.
The whole aspect of the fighting ring is true to the story line but it doesn't monopolize every page. The only thing that bugged me about the book is that it ended in a big and I mean big cliff hanger. She left a big question mark about what is going to happen . So now I have to wait to pulse to see if everything works out . So if you want to read a good dark story with hot mma fighters and a twisted love story. Check it out .
Posted by BOOKS TO CURL UP WITH at 7:40 AM