SO HERE WE GO 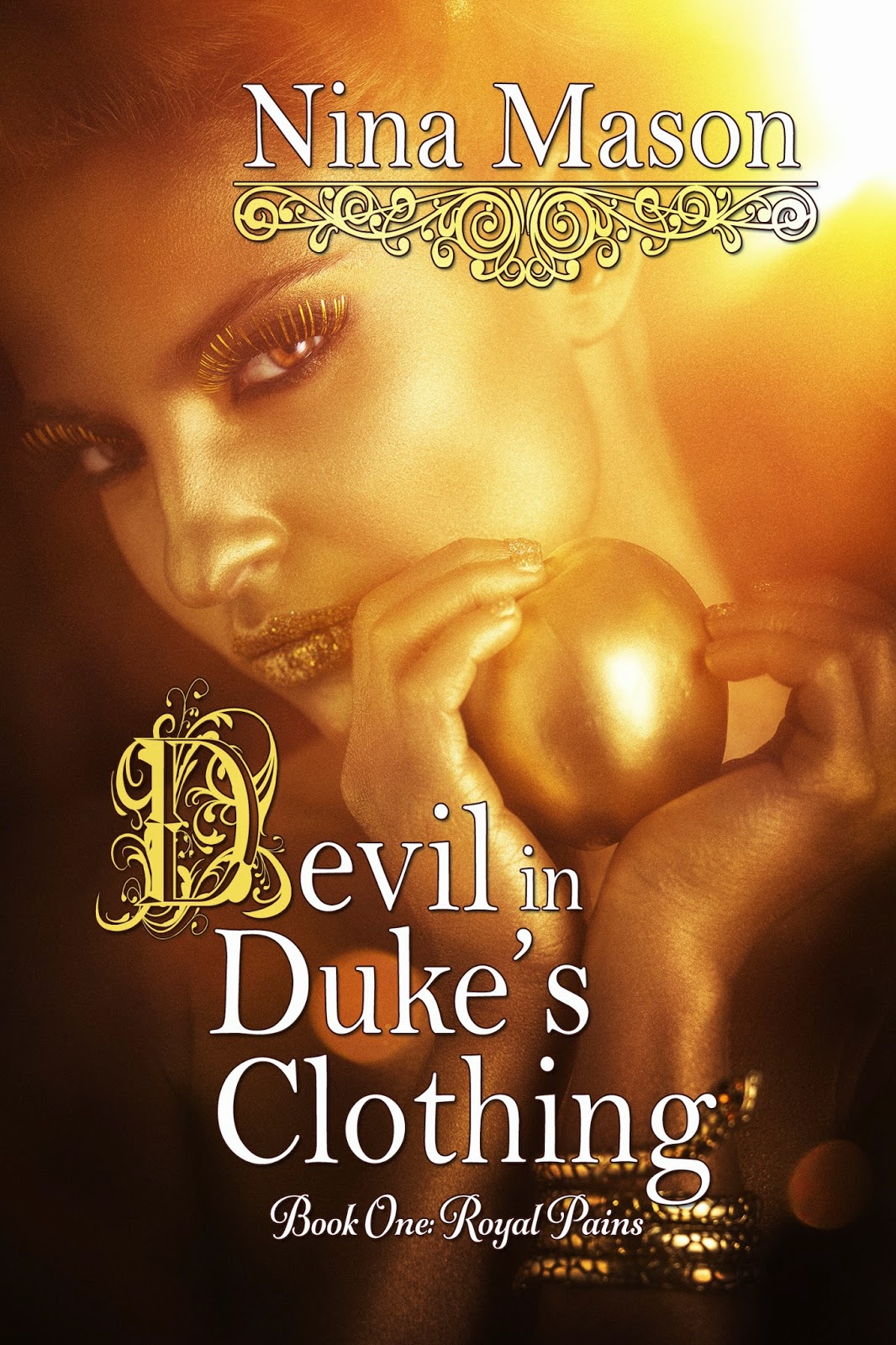 BOOK BLURB
Maggie York, a convent-raised foundling, knows the Duke of Dunwoody’s sexual tastes are a shade or two darker than normal, but marries him anyway—partly because she has no other prospects and partly because, try as she might, she can’t seem to exorcize her desire for the dashing devil. Five years ago, he lured her from the garden of innocence into the orchard of forbidden fruit and she's been hungry for more ever since.

Robert Armstrong, the duke, is a Roman Catholic whose extreme devotions as a child warped his desires as a man. He’s also a slave to the times in which he lives--and to his king. Everything he is, everything he holds dear, depends on staying in Charles II’s good graces. Unfortunately, Maggie isn't the bride the king selected for him. Now, to make amends, the duke must choose between the lesser of two evils: whore his wife or be reduced to a penniless commoner.
Whose interests will Robert choose to serve, his own, the king’s, or the woman he loves?

If you want to watch the trailer for this awesome book

And here's the link to the trailer on YouTube: https://www.youtube.com/watch?v=js6w5vPC0NE
Forbidden fruit is always the most delicious...
Posted by BOOKS TO CURL UP WITH at 6:44 AM