Good morning lovelies, hope you all had a wonderful weekend. Today we are reviewing PEARLS (PLAISIR COUPABLE BOOK ONE ) by L.M PRUITT 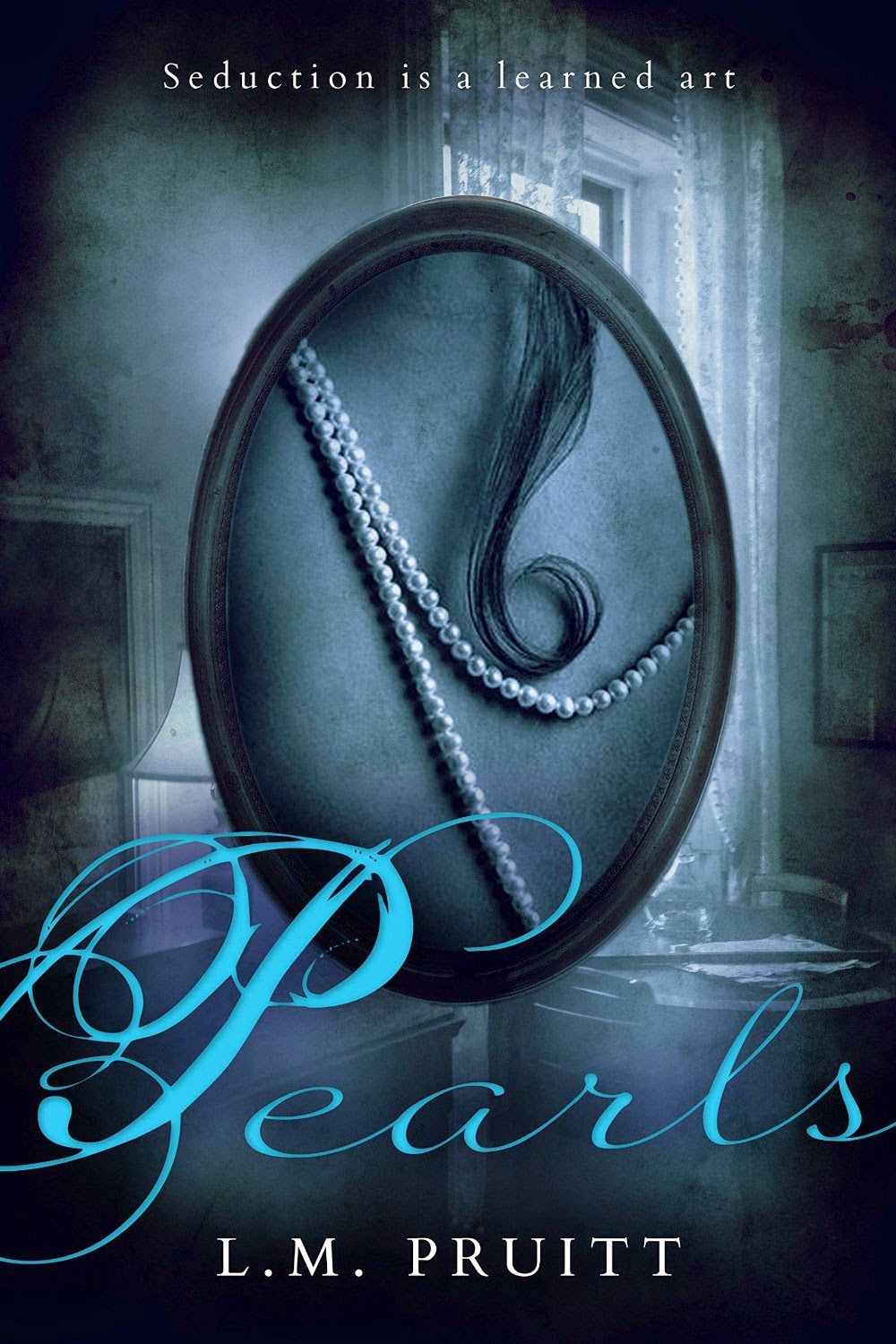 Pearls combines paranormal romance and alternate history for a story anyone can sink their teeth--or fangs--in to. Another kick ass series from one of my favorite authors. If L.M. Pruitt isn't on your watch list, she should be!--Rachel Rawlings

From the incomparable mind of the writer who brought you the critically acclaimed WINGED saga comes a breathtaking, sexy, and dangerous new series

Between the hell of humanity and the heaven of eternal life lies a world of guilty pleasures….

In the aftermath of the conquering of what had once been the United States of America, Marguerite Saint-Laurent was given a choice: lose her New Orleans home to the new vampyre rulers or become the lover of the King’s confidant, Duke Grégoire Barthlémy.

Fifteen years later, Marguerite is a lady in her own right, a close friend of King Bienvenu, and headmistress of the Saint-Laurent School for Exceptional Young Women and Men. Her days are filled with educating future members of the demimonde, her nights with the Duke.

But underneath the glitz and glitter of the New Orleans Court, discord and animosity are brewing—and no one, not even those closest to the throne, are safe.

Political intrigue, civilized violence, sexual scandals… be sure not to forget your smelling salts….


MY REVIEW
Ok I have been following this author since I read her very first book in the Winged series and her Jude Madelyn series . This is a new series that I am absolutely in love with. I devoured this book in one day . As I do with most of her books
I mean who wouldn't want to read a book set in a alternate time after the civil war. Where vampire are taking over and running everything . The humans are the minority as the vampyres are the ruling class. See I have you thinking already don't I.
The story starts when we meet Marguerite is given the chose of loosing her house to the ruling Vampyres or becoming the companion to the Duke Gregoire Barthlemy.
As we read we jump ahead 15yrs where we see Marguerite and Duke Gregoire happy and running the school for exceptional young women and men. Who will eventually become companions to the vampyres in court. The duke is the confident to the King . But if you have ever read anything to do with courts and rulers . There are always discord and backstabbing going on. There is no exception here . There is a a big discord brewing underneath all the glitz of the court. Will anyone be safe when the battle begins .
I love the characters in this book, they are doing what is expected and willing to do. Marguerite was a young wall flower who did what she needed to do to keep her house. you see her become a very strong woman who is in love with a very strong man who also is a vampyre. You can feel the love that is between them as you read. They both together are such a great couple . L.M wrote them which such a passion , that leaps right off the page.  The evil characters in the book are well you don't know how to take them . They are just evil but hide that evil so well under the guise of their titles in court . You just don't what is up with them but you know that all hell is going to let loose once they set their evil plan in motion. There is also a sexy smoldering side to this book also . You will swoon when you meet the Duke . I know my heart did a pitter patter when I met him. He is hot giggling and swooning .
Now  let me tell you , I adored this book. If you like vampyres with a great historical twist . This is the book for you . You will be devouring this book in one sitting. There is romance, intrigue and some laughter. You will swoon and shake your head . You will try and figure out what is going on and trust me  you will love every second of this book. The pearl scene alone will make you rethink the way you wear pearls. Just read the book and you will get my point . Cause it makes me want to run out and buy a long strand of pearls . So if you want a read that you can sink your teeth into . Check out  PEARLS  . I know you will not be disappointed at all . I think you will thank me in the end LOL.
Posted by BOOKS TO CURL UP WITH at 9:54 AM