HAPPY HUMP DAY ALL. Yes it is Wednesday and today we are going to review SEA OF STARS . ( THE KRICKET SERIES BOOK 2) by Amy A Bartol. 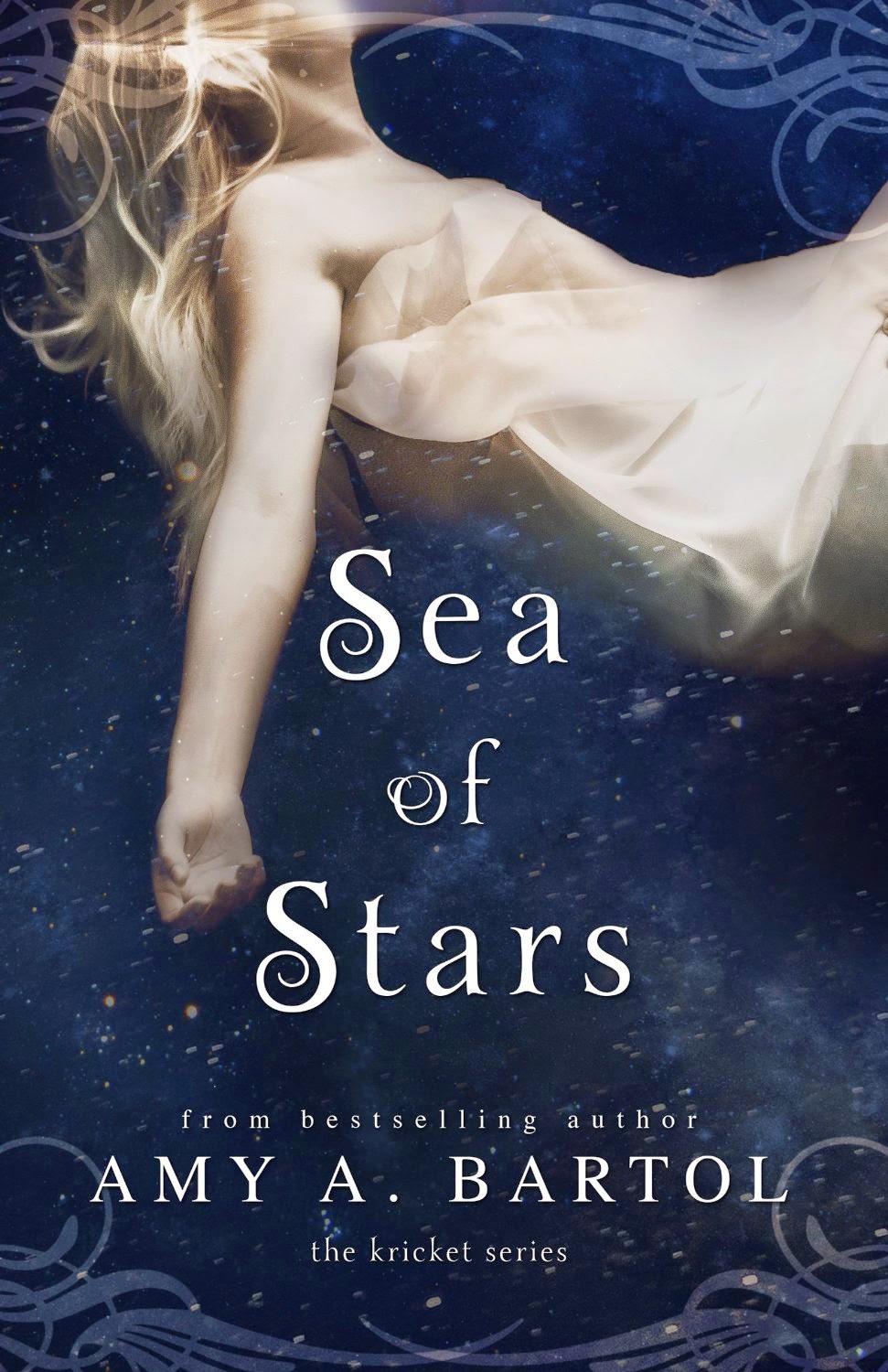 Eighteen-year-old Kricket Hollowell was looking for her place in the world when she discovered that the universe was bigger—and more dangerous—than she had ever dreamed. Now, whisked across space to the planet Ethar, Kricket learns that her genetic ability to see the future makes her a sought-after commodity…and the catalyst for war between her star-crossed parents’ clans. According to Alameedan prophecy, one house will rise to power and the other will be completely wiped out, and Kricket’s precognition is believed to be the weapon that will tip the scales.
A target of both the Rafe and the Alameeda houses, Kricket finds protection—and a home—in the arms of Trey, her Etharian bodyguard-turned-boyfriend. But her visions of what’s to come disturb her deeply, especially since she must discover whether the gift of foresight will allow her to rewrite the future, or if her fate is as immovable as the stars.

MY REVIEW
This is the second book in the series . Now I went and quickly read the first book so I could understand what was happening in the second book. And boy I am glad that I read the first book then dove right into this book. The story is about Kricket a young girl that is whisked away to the planet Ethar in this book . Where she finds out that her precognition is thought of as a threat and could be used as a weapon. That makes her a target for two rival houses . Now she has to figure out if her gift will let her rewrite the future or will she even survive ,

I will say this is my first set of books that I have read by this author. I was actually in a way in awe of her style of writing. She writes with such a flair and a eloquence.  Her books seem to come alive when you start to read. She transports you to a place that is full of action and romance. This book will take you on an emotional rollercoaster of a ride. You might even get a bit of a book hangover as you won't want to put it down until you are done. Trust me on that one
Her characters are so well developed and seem to just jump off the page at you.  She really gives the feeling of her characters a voice . Trey and Kricket are strong, smart characters and you see them grow together and separately in this book . You see them take steps in their relationship as they grow it . You also meet a whole cast of new characters that will intrigue you and make you laugh . She takes all her characters into some situations that will make you laugh , cry and scream at your kindle.
This is a good book full of action and will take you on a rollercoaster ride . If you want a good bood that will make you scream. laugh. cry and sigh. This will be the series for you so check them out . So add it to your summer reading list
Posted by BOOKS TO CURL UP WITH at 11:54 AM