WE HAVE AN AWESOME NEW BOOK OUT TODAY

Good morning all , I have a cool new book to tell you about. It is out today and it has cool mermen and a human heroine oh and did I say it is set in Scotland . So here it is SIN AGAINST THE SEA by Nina Mason. 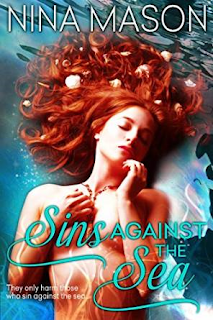 They only harm those who sin against the sea...

Cordelia Parker, an oil company spokeswoman, has never believed in magic, despite her late mother’s fanciful stories. Then, during an oil spill in Scotland’s mysterious Minch, her reality is shattered when she stumbles upon a merman in a hidden cave. Even more shocking, she feels the same soul-level connection to him she felt for the ocean before it claimed both her parents.

A fish out of water in his sexist culture, Cuan feels a powerful attraction to Cordelia, but, because she knows what he is, he is duty-bound to kill her. If humankind discovers the Blue Men of the Minch are real, they will destroy them the way they destroy the ocean, whose abundance belongs at once to all and none. Thus, the only way he can have a life with her is to prove she is more than she appears, trust her with his secrets, and give up his undersea world.

With so many obstacles to overcome, they will need a miracle to be together…
or maybe just a splash of ancient island magic.

MY REVIEW
Want a good book about Mermen, this is the book for you . Sins Against the Sea is about Cuan and Cordelia. Cuan is part of the Blue Men of Minch, a very sexist culture of mermen that protect. An oil spill has brought Cordelia over to the Scottish strait. She is a spokesman for the oil company, that had the spill. They stumble upon each other and there is a strong bond and an instant  attraction , even when Cordelia finds him in mer form . They end up being together and they want to stay together will they survive the obstacles and will they find a way to stay together , maybe all they need is love and a little bit of old island magic .
This was such a fun read for me, I felt like I was being whisked away to Scotland to the shores . You could almost smell the salt air and hear the waves crashing . The way the author writes and creates her stories is like a little dash of magic and a whole lot of love.  The author takes us on a trip that will leave you breathless and smiling. The characters are complex and trust me you will fall in love with them. Sometimes you will want to slap them upside the head and other times you will want to hug them and tell them that everything will be ok. These characters are the ones where you want to hold them and tell them you will get through it and everything will be ok .
Cordelia is such a sweet character , you see her in the beginning as a sad person, she doesn't like her job very much. She basically took over after her father died .  She seemed to me to be a bit naïve at the start of the book , but as you read you see her become a strong woman who will fight for anything and everything . Cuan is oh soooo hot , he is a merman that well is bucking all the traditions of his culture as he like girls . He is such an alpha male and you see him fight the urge to be honor bound to his brethren. As he fall in love with Cordelia we see him become a fierce protector of Cordelia and the ocean .  They become such a strong force to reckoned with when they are together and the things we find out about them are so sweet and magical.
This story is a fast read , you could read it in an evening if you wanted to. I will warn you once you pick it up you will not be able to put it down . The characters popped out at you and the story flowed so well , its like you are right there with them .  There is just one thing the story seemed to wrap up too easily and fast . I just wish we could of had just a little bit more action towards the end and keep us hanging on . Over all i really loved this book and I really want to meet my own Cuan . Maybe i need to take a trip to the shores of Scotland and see what I can find. Maybe I can find my own Cuan.
If you read this book you will be wanting your Cuan also. So if you want a great book with a sweet couple and a dash of old Scottish magic . Check it out . 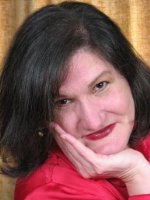 Nina Mason is an incurable romantic who strives to write the same kind of books she loves to read: those that entertain, edify, educate, and enlighten. She has one series out at present, Royal Pains, which follows a Scottish duke and duchess through the events of the Restoration period.

Born and raised in Southern California, Ms. Mason currently lives with her family in Woodstock, Georgia. When she isn't writing, she works as a consultant for Pure Romance, a line of relationship-enhancement products. Nina combines author readings with in-home Pure Romance parties. She also does Pure Romance parties on Facebook. For more information, email her at ninamasonauthor@gmail.com.
Nina is the author of two other series: Royal Pains, an erotic historical romp set in the Restoration era, and Knights of the Tarot, a paranormal romance/urban fantasy featuring shapeshifting faery heroes and various forms of divination.
WHERE YOU CAN STALK NINA
Visit Nina's website: http://ninamasonauthor.com
Follow Nina on Facebook: http://facebook.com/ninamasonromance
Follow Nina on Twitter: http://twitter.com/ninamasonauthor
Find Nina on Goodreads: http://goodreads.com/ninamasonauthor
Subscribe to Nina's newsletter: https://vr2.verticalresponse.com/s/authorninamasonsnewsletter