good friday eve, everyone hope you are all going to do something sinful wthis weekend

Good Thursday everyone. Hope you are all having a great day. I am drying out from our really bad thunderstorm last night . We got over 2 inches of rain in an hour. It just came down in buckets. So what does a girl do when it is pouring and the power keeps flicking on and of . She reads and reads oh yeah did I say read. I send thanks to the people who decided to actually put the reading light in the e reader . Read LOOKS LIKE TROUBLE TO ME  by Calinda B 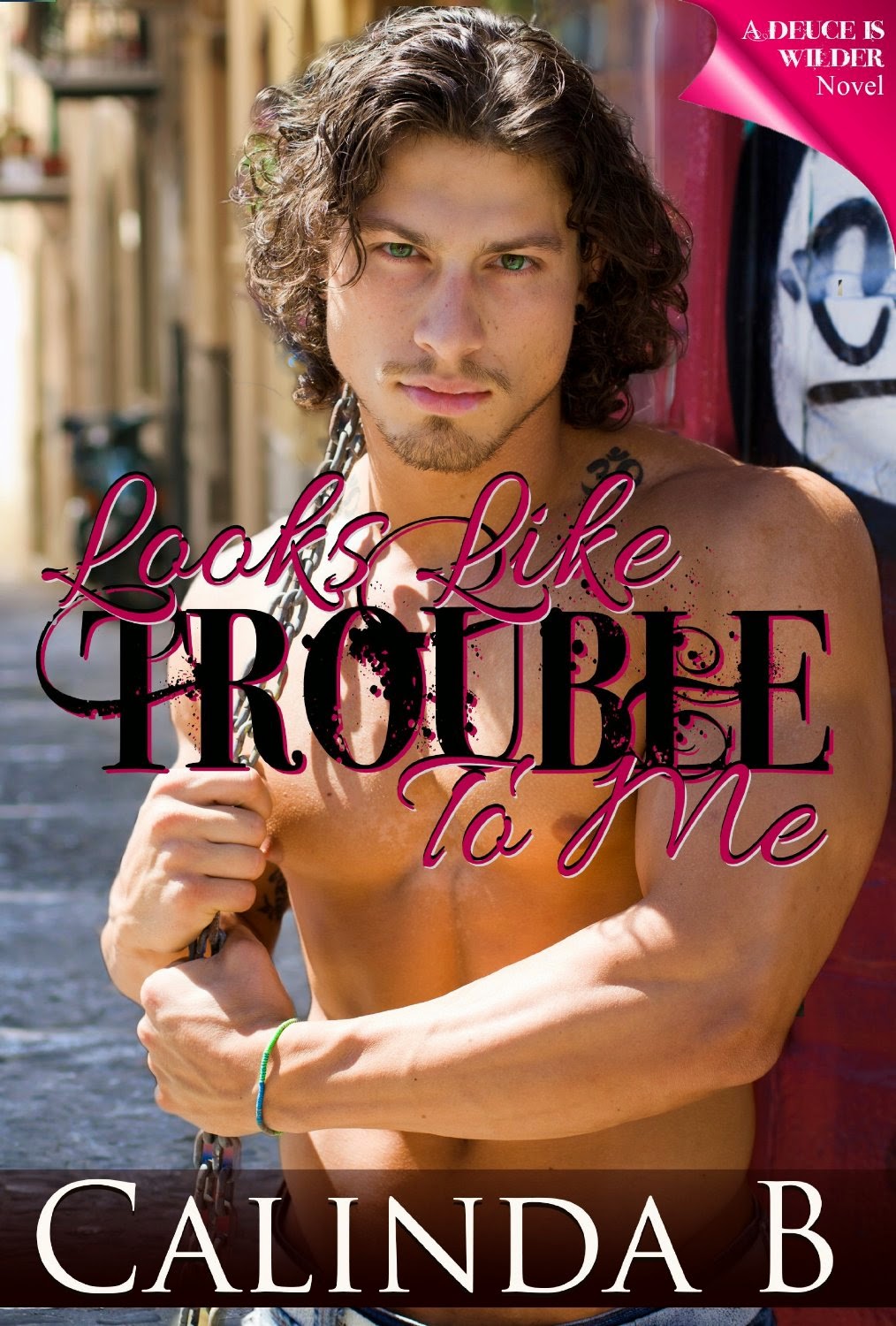 5 stars! "Jace has a lot of drama and history, and in my opinion  his character was far more dynamic and interesting than Zoe's. She just seemed to be there to be his "other half" but really, it was Jace who stole the show and my heart. He is just so damn delicious!" (Samantha Ryan; GoodReads, Librarything, Shelfari, Barnes & Noble; Indie Book Reviewers)

"Last name's Savage -- it means wild and uncontrolled," Jace, a party boy, yacht builder and skilled photographer with a quicksilver temper, tells the pretty waitress at Chica Rios. He's desperate to get laid, but there's something in the way of his driving, overactive libido and the girl standing before him - trouble...big trouble, and a whole lot of it, from the trustifarian prick who works by his side, to his messed up twin sister, to the secret hiding at his house.


5 stars! "Their scenes are intimate, explosive, and so steamy. A definite winner and I can't wait to read the rest of the series! " (Karen Matthews; GoodReads, Librarything, Shelfari, Barnes & Noble; Indie Book Reviewers)


He sets out to woo Zoé Dubois, keeping her away from his trouble at home, encouraging her to let go of her inhibitions and live "Savage style," riding with him on the back of his motorcycle, exploring the great outdoors in a variety of oh, so delectable and naughty ways.
NY REVIEW

This is the first book in Calinda's new contemporary romance series. Meet Jace Savage a hot photography, yacht builder and self proclaimed bad boy.  That is until the day he meets Zoe Dubois. A college student, waitress and Chico Rios.  He proclaims to her that he is dire need of getting laid. She isn't looking to get laid but find love. But she is drawn into his world. As he woos her and they have great sex and huge fights. As he tries to keep her away from his problems at home and work. The drugged out sister and the baby he is taking care of. To the bully of a so called friend with too much money and not enough brains.  As they go along they start to actually fall for each other But as with every relationship we have the secret keeping and the misunderstandings. That will break them up for a little while but they always come back to each other in the end and love wins out.
Calinda takes us on quite an adventure in the fast paced book. There are so many twists and turns in this book. You are taking on such a ride. I mean the bike Jace rides is a character in its self. I mean its a sexy sexy bike and who wouldn't want to ride behind Jace on it/ Yes I don't know how she did it but there is a sex scene on the bike. Yes ladies a hot sex scene on a bike
The characters are written with an intensity that leaps off the pages at you. You can feel the heat between Jace and Zoe just jumps off the page as you read. She is the calming influence in his life . He just bulldozes his way through life.  You want to scream at the e reader a few time when you read. Jace just tell her and don't be an idiot. She needs you. You also want to punch Billy in the face a few times , he is so greasy and you just want him to get his in the end.
This is a fast paced book that is full of well everything sex, intrigue and a hot motorcycle.
There is also some BDSM and alleged drug use through out this book . So if you enjoy reading about that this might not be the book for you. Over all I really liked this book the word baby was over used just a bit , but that is my opinion.  So if you want to read about the hot alpha male and the sweet woman who tamed him. Oh yeah and a very hot motorcycle named grievous angel . This is the book for you. So check it out, great read for those hot sultry summer nights .