its friday the 13th

Today we are doing something different we are featuring N.L HOFFMAN'S TRILOGY

THE DAUGHTERS OF DARKNESS 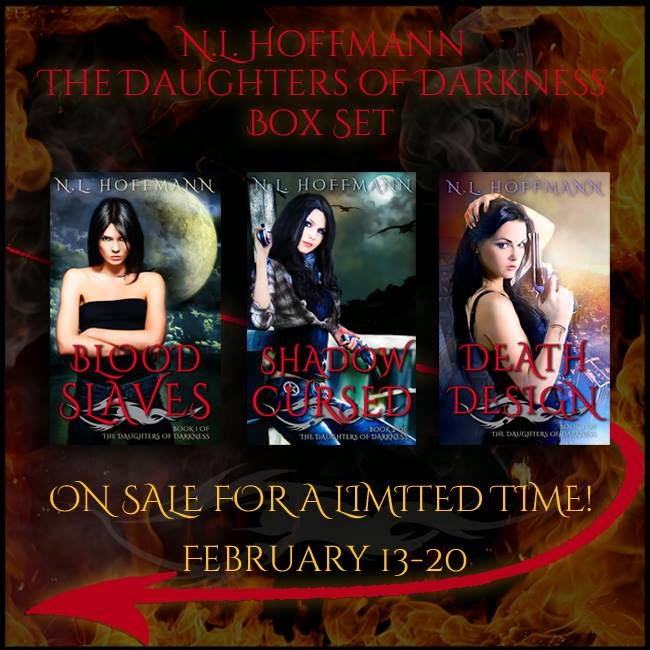 Blake Noble is assigned by her superior, of the Supernatural Crime Division, to investigate the disappearance of his niece and to take down the Covert, a several hundred year old vampire organization known for abducting their victims off the streets. Things begin to go  south when she begins to uncover truths about the people she loves.
After finding out she is the daughter of Lucifer and a famous vampire mother, she begins to use her newly appearing abilities to survive through the investigation. Between demon lessons from her father and falling for the Deputy Director of the Michigan, she attempts a nail biting journey to shut down the biggest secret in vampire history.
BOOK TWO