Ok I am kind a tired today . I book binged on a great book last night. I got this book before the author even started telling people it was live. Ok I admit it I did kind a stalked the amazon page to see when it went live. I know I am not the only person who does this right ladies. I was reading so intently that I fell asleep with my kindle in my hand and I slept through the alarm I set to go and see the blood moon. So that should tell you that its a good book . OK. ok. you are all probably wondering what book I am talking about. I won't torture you anymore with my rambling . Its PRINCE BY BLOOD AND BONE ,the second book in the TALES OF THE BLACK COURT SERIES  by Jessica Aspen 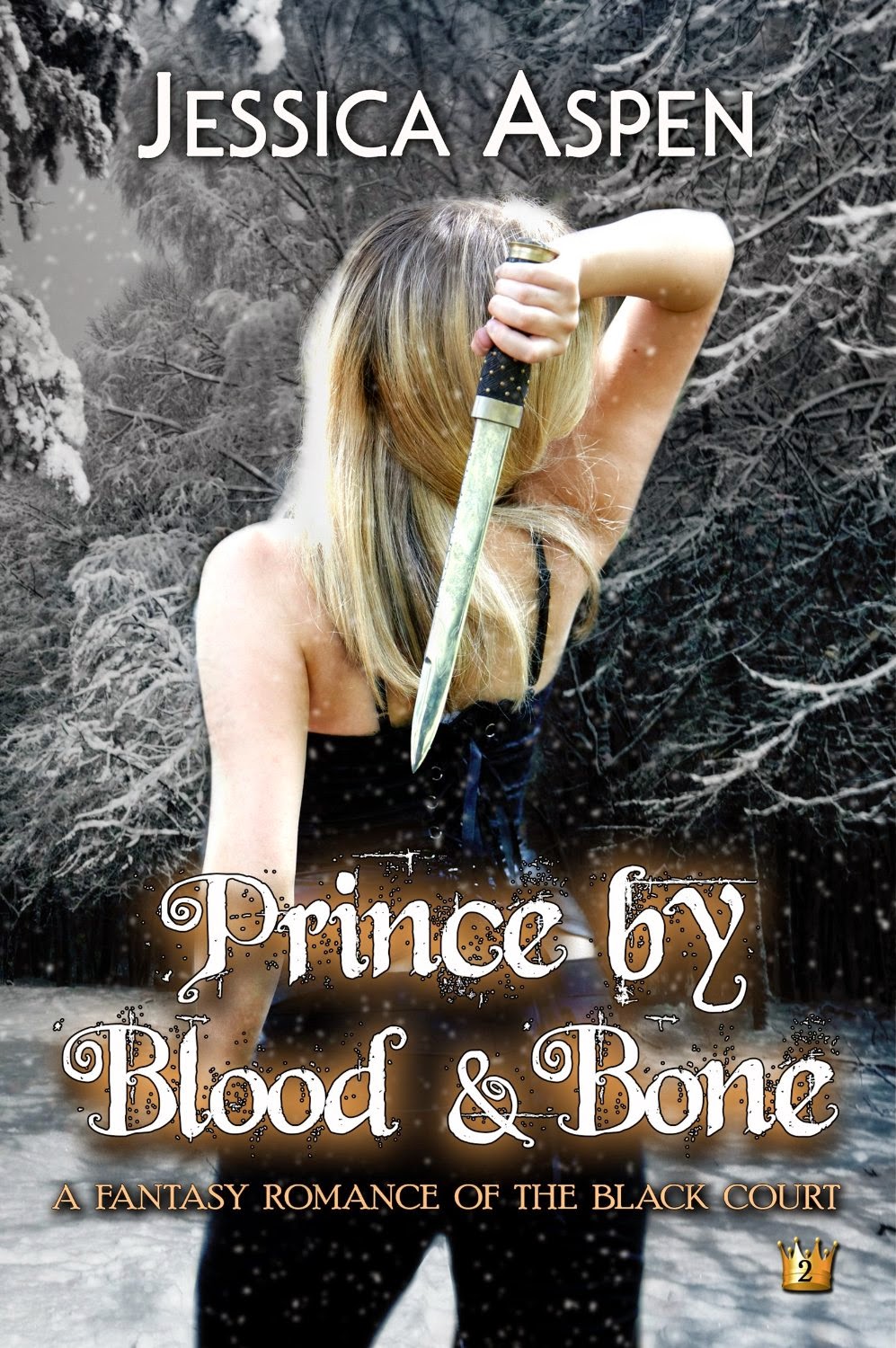 A rebellious prince, a reluctant witch, and a mysterious prophecy,
twisted together in a tale of Beauty and the Beast

Trapped in an underground palace Prince Kian must remain a beast, or give in to the queen’s plan to strip him of his powers. But Kian refuses to submit to his mother's evil plan and is determined to escape both his prison and his curse—even if it means dabbling in witch's magic.

On the run for most of her life, Bryanna MacElvy has never learned to use her healing Gift. When she’s pulled by Kian’s spell into his prison, the prince sees the golden witch as his salvation. Refusing to let her, or to accept she is incapable of curing him, Kian offers her a terrible bargain—heal him, or give up her freedom forever.

Their lives entwined by fate, the prince must learn to love a human and Bryanna must learn to trust herself—or risk losing their freedom, his powers, and their passion, to the evil of the Black Queen.

Dare to enter Jessica Aspen’s world of steamy, fantasy romance in book two of her fairy tale trilogy: Tales of the Black Court

MY REVIEW
I fell in love with the first book in the series , so I was so excited when I found out Jessica had written book two.  Prince of blood and bone isn't your kids beauty and the beast. This is a wicked tale that continues the trials of the black court. This is Prince Kian's book . As he is so trying to get himself out of the prison , his mother has put him in . He is also under a curse that has him a beast. He will not give into his mothers demands and marry Argona. No one wants to marry Argona . She can suck the powers right out of a man .
As he tries to find a witch to help him. He spells Bryanna MacElvey to his side. A witch and healer. But he doesn't know that she hasn't had any training . Because she has been on the run trying to stay alive. Kian gives her an offer she can't refuse, help cure him of the curse and he will help her find her family. As they start unravel the curse, things don't do right and they are in danger. Will they survive and will they realize that they love each other,
This is a truly beautiful book. Such a page turner, You are sucked into a world of elves and the courts of the fairies . There are such strong characters in this book, Bryanna is a healer/witch that doesn't have the faith in herself . At the first  you kind a want to shake her and say man up a bit. As you see her with Kian she becomes such a strong woman and starts fighting for what she wants and needs. She fought Kian all the way until the end,
You know how in fairy tales the Prince always saves the damsel in distress . Well not in this story. The heroine does the saving and the loving and all. Not saying that Prince Kian is a wimp oh heavens no. But Bryanna does help him out of his dilemma and they both go and save each other.
You will shed a tear, cheer and scream at your e reader while reading this book. The action is great and the love story takes a life of its own. Jessica weaves the best twisted fantasy .  I think that you should try her books the first being the DARK HUNTSMAN  with yummy LOGAN
then this one. Trust me if you like twisted fairy tales and you like elves, fairies and witches . These are the books for you. It would be a great read curled up on the couch or on that lazy day in the hammock .
Posted by BOOKS TO CURL UP WITH at 1:04 PM