ITS FRIDAY , HOPE EVERYONE HAS A GREAT WEEKEND

Its Friday peeps. around the farm its date night . Take me out for steak and I am a happy girl . lol
But I digress . Got an awesome book yesterday that kept me reading until I was done. I met this author at a book launch party this past week. She was a hoot , I have never laughed so hard then I did talking to Dakota. So when I saw her new book live yesterday , I knew I just had to buy it . This is actually the first book I have read by Dakota but I will tell you right now it will not be the last. I am hooked on this lady and her writing. So now without further ado here is here new book title AN AMERICAN WEREWOLF IN HOBOKEN,

Wooing a life mate can be hard enough for a wolf, wooing one while under the threat of a curse even more so.

Wooing a mate while pretending to be her dog? Nearly impossible. 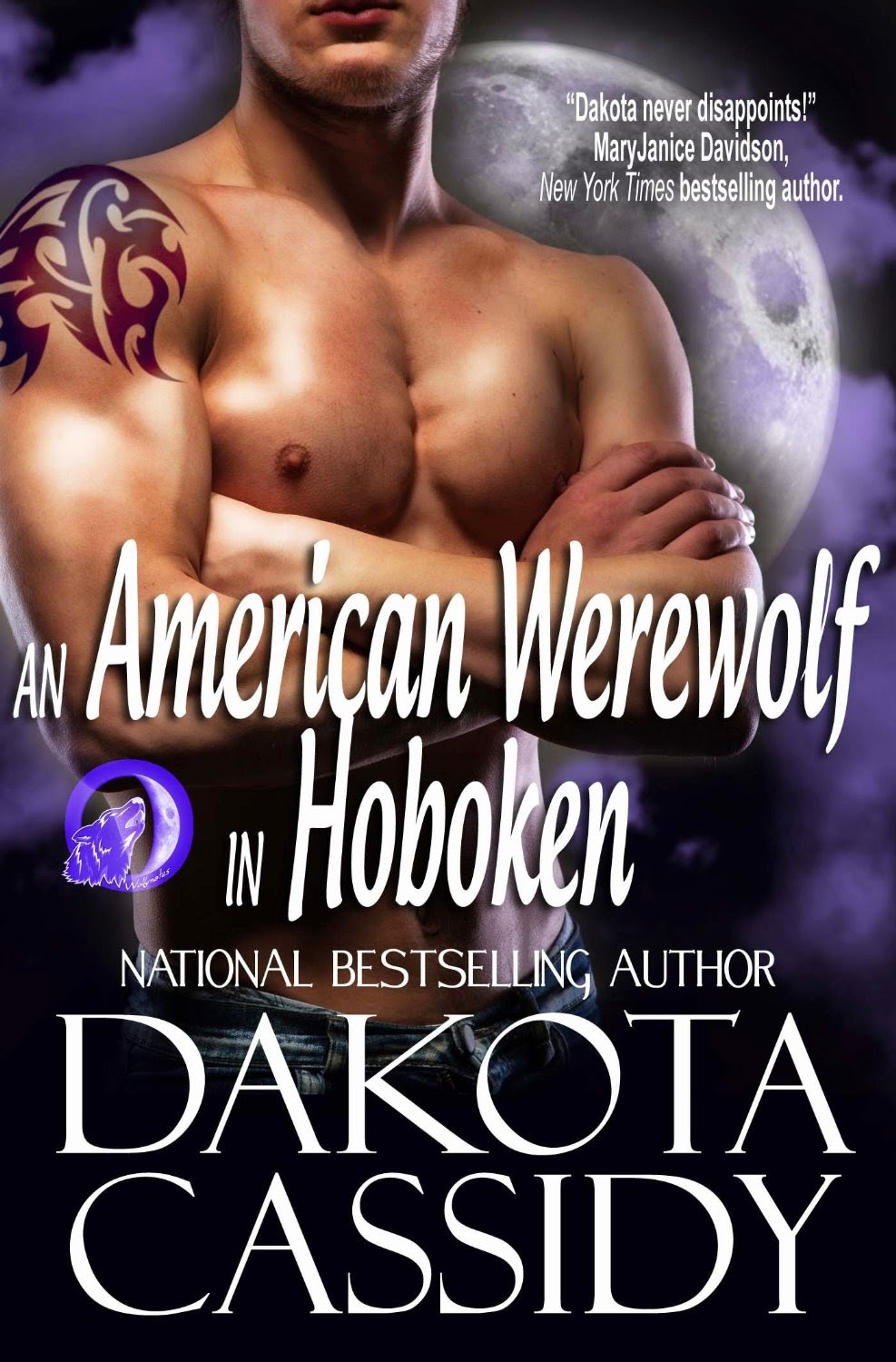 After being drugged and captured by Animal Control, Max Adams is on Hoboken's doggie death row when his life mate adopts him, takes him home, and promptly names him Fluffy. While JC, in all her new-pet-owner-ness, feeds "Fluffy" vile kibble, dresses him in mortifying dog couture, and schedules to have his manhood removed, Max's human side gets to know JC. Especially in the biblical sense. Hopefully well enough to make her fall madly in love, mate with him under the full moon, and move with him to Cedar Glen to live happily every after forever and ever amen. And fast.

Because the curse comes with a deadline...and the clock is ticking.

***Author Note: Dear readers, Please note, if you recognize this title, this book, originally published in 2006, is a rerelease and has been updated, revised and expanded.


MY REVIEW
This book had me howling from the very first page.  Max Adams a werewolf is running amuck in of all places Hoboken New Jersey. The reason he is in Hoboken cause his Aunt , the seer . Told him that his life mate was there. She saw it in a bowl of chicken noodle soup.  Where he is caught by animal control , while he was still in wolf form . So locked up in the shelter. sitting on death row for doggies . Until JC walks into the room. His life mate but he can't say anything cause he is still in dog/wolf form. After about five minutes JC adopts him and takes him home. Where she proceeds to take care of him and when she names him . She picks the name of FLUFFY yes I did say fluffy. Think big bad wolf with the name of fluffy . That alone almost made me choke on my tea , just from laughing so hard. Now he has to make her fall in love with his human side. So he moves next door. And holy boy do the sparks fly. As Max and JC fall in love , Max still has to live the double life. But will they be able to mate before his curse hits him or will they be destined to be apart .
Like I said up above I met Dakota at another authors book party. I have never ever laughed so hard as I did talking with her. Doesn't matter if she is writing about vampires, werewolves or I heard even a phone sex company. She will make you laugh and maybe shed a tear or two. But, mostly make you laugh. I had so much fun reading this book. Loved all the characters but my favorite character was fluffy/max. The way he still continued to be fluffy for her was just so sweet. Viv as her no nonsense best friend , who also has a secret . Which I will not tell you cause then that is giving away the end of the story. Lets just say she really opens JC's eyes . So if you want to read about a bunch of supernaturals living in a small town in New Jersey this is the book for you. I can't wait for the rest of the series . Really want to hear about Derrick and the blue box . If you read the book you will understand what I mean by the blue box, A great summer read for those long lazy days at the beach
Check it out
Posted by BOOKS TO CURL UP WITH at 8:28 AM