Good Sunday morning everyone . Today we are going to review GAME by Barry Lyga 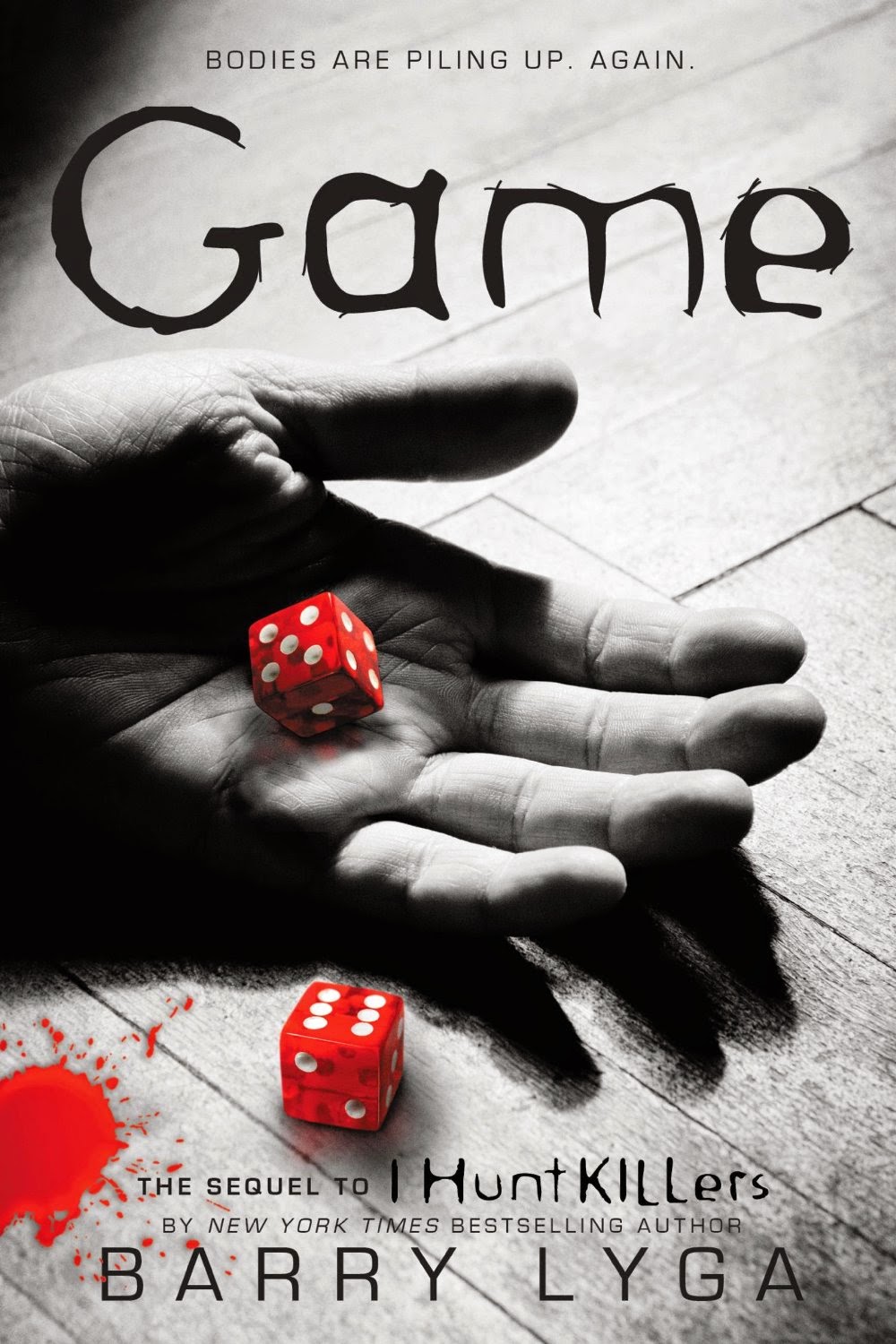 I Hunt Killers introduced the world to Jazz, the son of history's most infamous serial killer, Billy Dent.

In an effort to prove murder didn't run in the family, Jazz teamed with the police in the small town of Lobo's Nod to solve a deadly case. And now, when a determined New York City detective comes knocking on Jazz's door asking for help, he can't say no. The Hat-Dog Killer has the Big Apple--and its police force--running scared. So Jazz and his girlfriend, Connie, hop on a plane to the big city and get swept up in a killer's murderous game.

Both the stakes and the body count are higher in this suspenseful and unstoppable sequel from acclaimed author Barry Lyga.
MY REVIEW
This is the second book in the I HUNT KILLERS series . Which takes Jazz on another crime solving mission. Things start of with such a bang and don't stop. Jazz's grandmother is gone around the bend and Jazz is off with Connie to help solve a murder case in the big city . But will they survive this case as the police are running scared and the bodies are piling up .
This book takes off with a bang and goes to crazy town and back . What can I say about this book but holy HELL what a story. I couldn't put the book down. You are drawn in , with each page. The story get twisted and oh did I say twisted. Its like reading a horror movie . You feel drained and you have your heart ripped out.
The story is told from multiple points of view , and you can follow along very easily . Jazz is growing as  character and embracing his legacy in this book . The poor boy has so much thrown at him in this book and he handles it all like a man . Even his grandma going off the rails like she does. Now don't get me wrong but grandma does as a bit of levity at the beginning .  Connie on the other hand kind of confused me . I think she should been a little bit more cautious as she deliberately puts herself in the face of danger while hunting the serial killer . It seems like she doesn't listen to anyone.
They do grow as a couple also in this book.
I will tell you this book is so good it could be a great movie. You are transported to a place in the dark depths of hell . You will not be able to figure it out until the very end .  The author takes us on the ride of our lives. You will be reading well into the night and I suggest you sleep with a night light for the rest of the night . They will invade your dreams and you will toss and turn all night . So if you want a great second book in the series . Check it out . You will not be disappointed
Posted by BOOKS TO CURL UP WITH at 7:33 AM