GOOD MONDAY.Today we're unveiling the covers of Author Nina Mason's next two releases, The Duke's Bedeviled Bride, book two in the Royal Pains series, and Starry Knight, book one in The Knights of Avalon series.

Here's the cover for The Duke's Bedeviled Bride, the follow-up to Devil in Duke's Clothing: 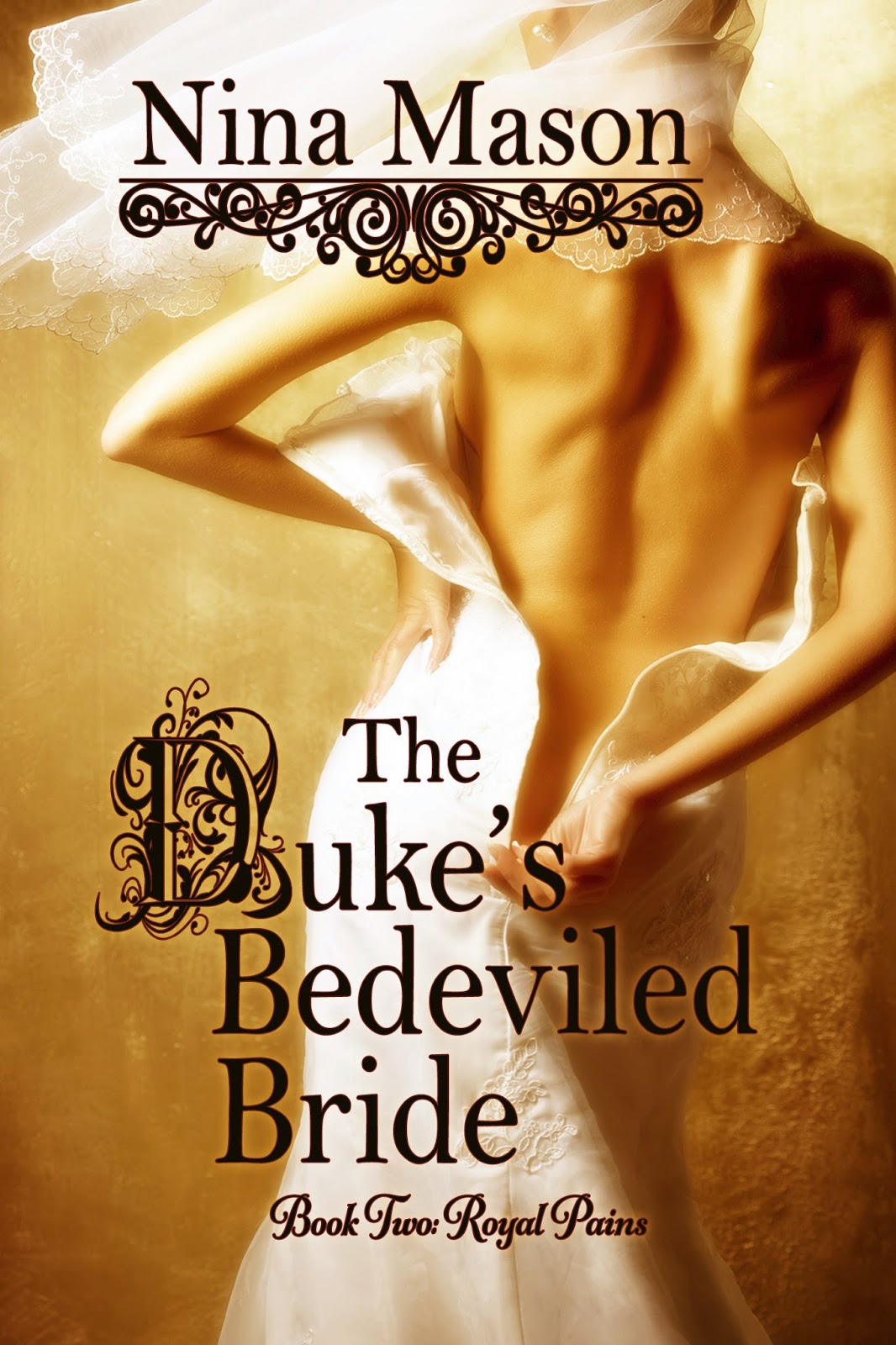 Royal Pains, Book 2, releases May 9, but you can pre-order it now!

The tawdry tale of the Duke and Duchess of Dunwoody continues...

Maggie Armstrong, the long-lost illegitimate daughter of the heir presumptive to the throne, is bedeviled by her husband's limited definition of fidelity. After observing him in a menage a trois at the court of King Charles II, she is determined to bring him around to her way of thinking—by any means necessary.


Robert doesn’t mind being punished for his transgressions. Rather, he enjoys being whipped, especially by his beloved bride. Unfortunately, her heart might not belong to him alone. His younger brother, who he’d sent abroad to clear the way for himself, is coming home sooner than expected, and Maggie’s feelings for Hugh may not be as dead as her husband had hoped


Both duke and duchess soon learn, to their peril, Hugh Armstrong is not the honorable man they’d been led to believe. Insanely jealous of his brother’s situation, Hugh will stop at nothing to strip Robert of all he holds dear—including his life.

Here is the cover for Starry Knight, book one of The Knights of Avalon Series: 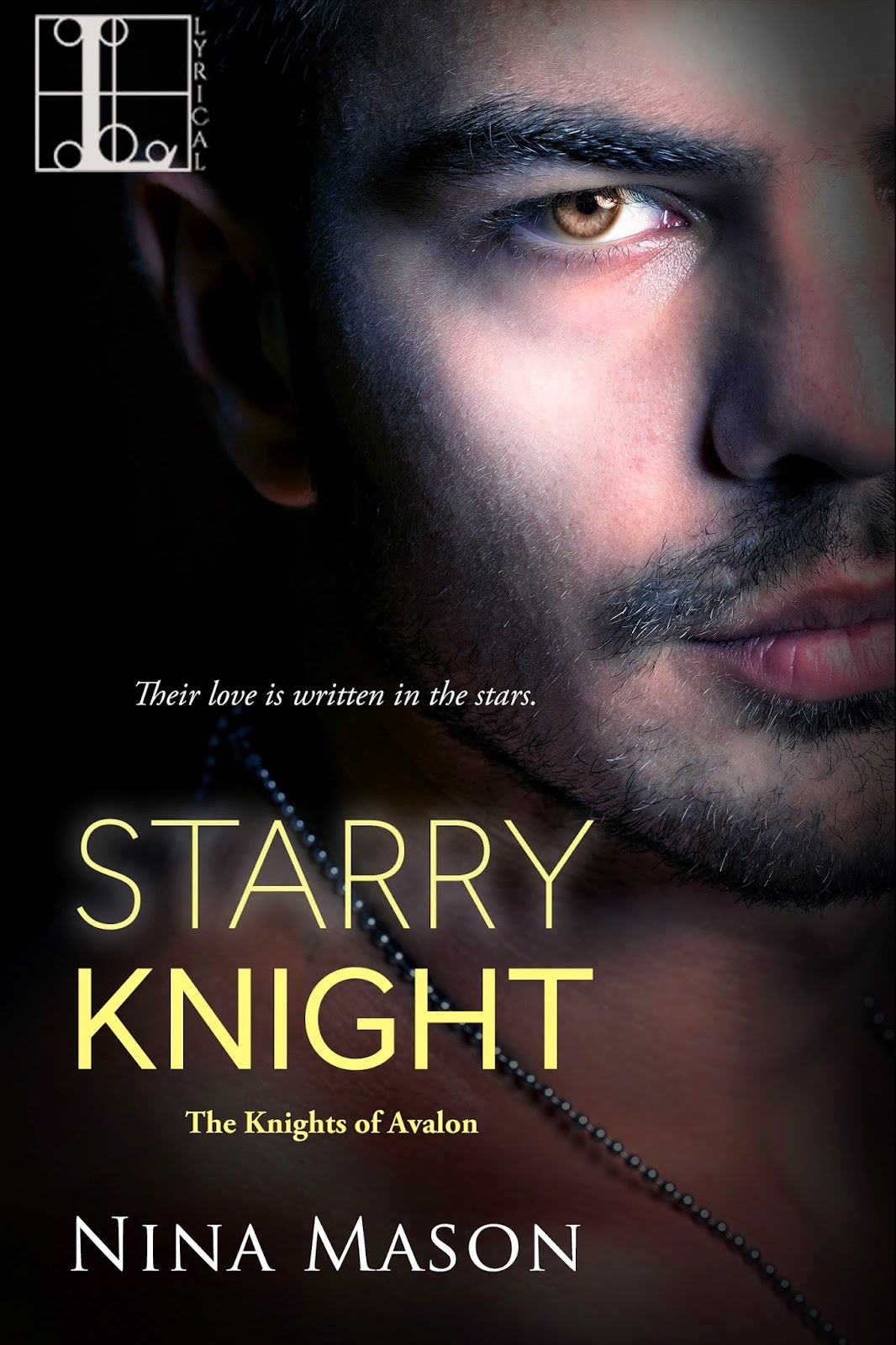 Starry Knight will be released August 4 by Lyrical/Kensington
and is available now for pre-order.

British aristocrat Vanessa Bentley has beauty, fame, and fortune, but she gets no respect for her decision to become a paranormal investigator. Determined to prove the naysayers wrong, Vanessa ventures to the misty moors of Caithness, Scotland. There stands the immense Castle Barrogill, where a vampire is rumored to be stalking the dungeons—a vampire Vanessa is determined to find.


She just has to get past the resident shape-shifter…


Callum Lyon is the gorgeous reclusive astrologer and faery knight who guards the castle. For free-spirited Vanessa, seducing him proves to be easy. After all, he was once a breeding drone to a Queen. But astrologically, their differences are harder to overcome. Will Vanessa’s mission—and Callum’s secrets—be more than their burgeoning love can take? Or will flesh—and blood—win over the ghosts that haunt them both? ….

Nina Mason is a hopeful romantic with strong affinities for history, mythology, and the metaphysical. She strives to write the same kind of books she loves to read: those that entertain, edify, educate, and enlighten. She is the author of The Queen of Swords, a darkly erotic Scottish paranormal romance/urban fantasy, and The Tin Man, a political thriller, both published by Vamptasy/CHBB. Devil in Duke’s Clothing is her first historical romance and Royal Pains is her first series. Starry Knight, book one in a second series titled Knights of Avalon, will be released in August 2015 by Lyrical/ Kensington. When not writing, Ms. Mason works as a communications consultant, doll maker, and home stager. Born and raised in Orange County, California, the author currently lives with her husband, teenage daughter, two rescue cats, and a Westie just north of Atlanta, Georgia.