Happy Wednesday everyone .I am back with a new computer up and running . So today we are reviewing THE LAST ORPHANS  by N.W Harris.

One horrifying day will change the life of sixteen-year-old Shane Tucker and every other kid in the world. 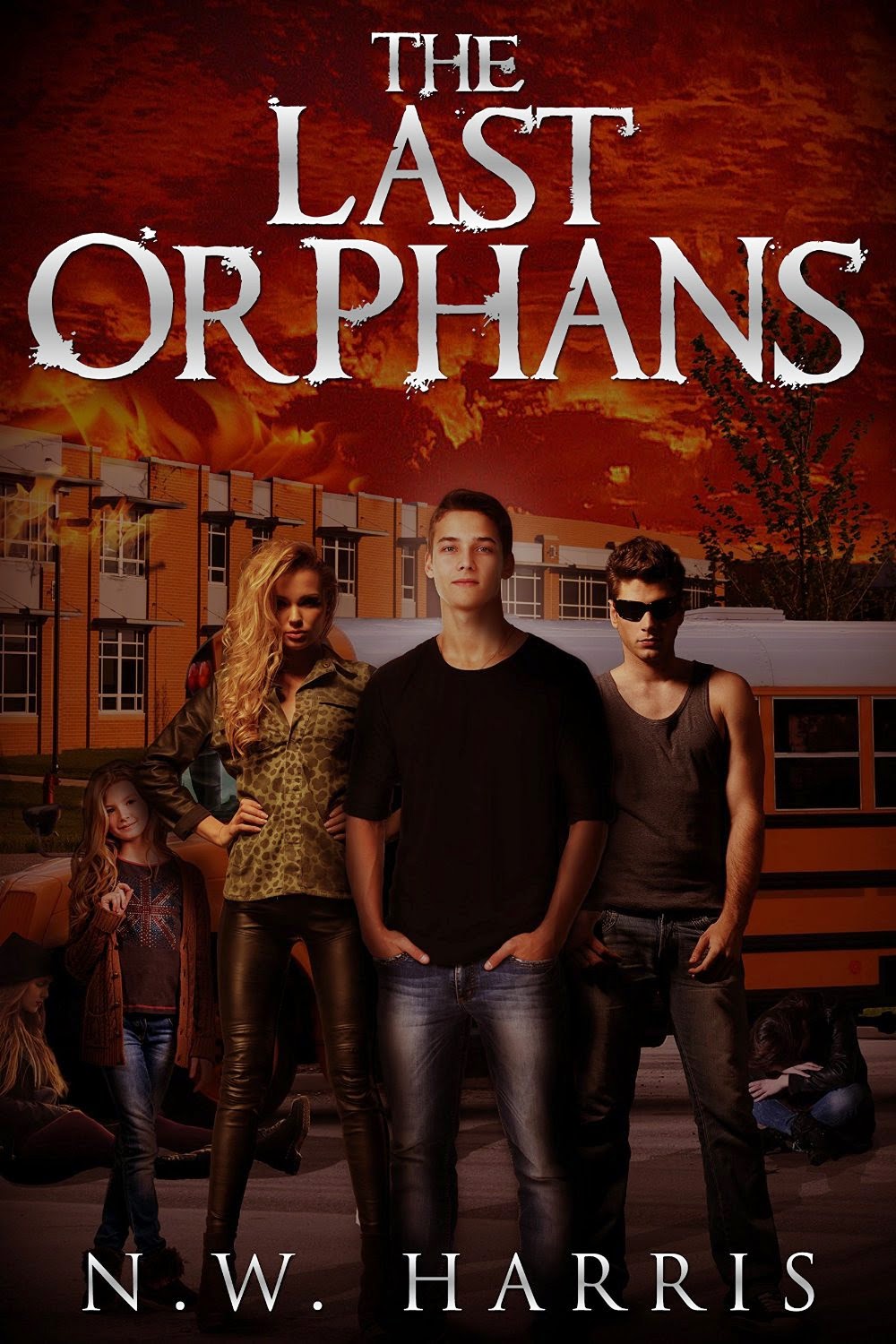 In a span of mere hours, the entire adult population is decimated, leaving their children behind to fend for themselves and deal with the horrific aftermath of the freak occurrence. As one of the newly made elders in his small town, Shane finds himself taking on the role of caretaker for a large group of juvenile survivors. One who just happens to be Kelly Douglas--an out-of-his-league classmate--who, on any other day, would have never given Shane a second glance.

Together, they begin their quest to find out why all of the adults were slaughtered. What they find is even more horrifying than anything they could have expected--the annihilation of the adults was only the beginning. Shane and his friends are not the unlucky survivors left to inherit this new, messed-up planet. No, they are its next victims. There is an unknown power out there, and it won't stop until every person in the world is dead.
A spine-tingling adventure that will have you gasping for breath all the way until the last page, The Last Orphans is the first book in an all-new apocalyptic series.
MY REVIEW
Ok I was blown away when I started reading this book. I went into it blind not know what it was all about at first. As I started reading I thought oh my Shane is having a really rough day. He is coming back from his grandmother's funeral , listening to his drunken father bashing everything . The next thing he know he is fighting for his life . As something happens that makes all the animals in the world turn against the adults . Shane then finds himself the caregiver to a bunch of young kids. They try and work on trying to find out why all the adults were killed off and trying to survive. Wondering the whole time will they survive.
The author has written some very relatable characters, they are just kids hanging . They were just living their lives and then they are thrown together. They have to survive and figure out what is killing everyone off. They are scared and alone. Not knowing what will happen to them . They have to come together and survive. Kelly Douglas is one character that well if you met her you probably not be friends with her but she comes into her own as they work through what is happening. They have so many challenges that they go through. You see each character grow and become the best that they can . You see Shane going from a reluctant young leader of these children. To a very strong character that will do anything to help out and find out what happened. Shane is a character that I can see everyone relating to as the story goes on . He has a heart of gold , he wants to save everyone if he could but knows he can't.
Lets just say from the very beginning this isn't a lets feel good book, this book is rough and straight forward. Just think LORD OF THE FLIES  but with no chance of rescue. There are adults to rescue them. This is a great read that will hit you at the very beginning of the story.  The story is fast paced and full of grit and sorrow. The kids learn to survive but they also learn about what it is like to love and loose friends. The action never stops, which I love by the way. I love action packed books. The ending is so actioned packed it will blow your mind. This is the first book in the series, I so can't wait for the next book in the series . So if you want to read a good APOCALYPITC BOOK  with some great characters and action. Check it out