Good Thursday everyone , hope your week is going well and you are getting a lot of reading done . Today we have a great book that will make you think . THEY CATALYST OF PROVIDENCE ( The Schwarzschild Radius) by CJ Klein 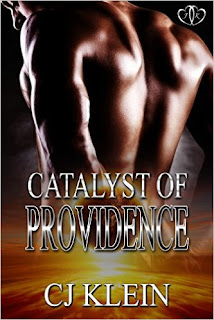 In book one of the Schwarzschild Radius: An accident places Craig in a position to prove a theory others have a hard time believing. He chooses to bear all the consequences for the one chance to pull the curtain on what most think utterly impossible while in his mind he has an opportunity to clean up a few wrongs along the way.

Natasha takes her position seriously, which leaves her torn when faced with facts and issues surrounding her once close friend. A friend she now hunts, causing her to question the reality around her as it seems to change in a blink of an eye.

When the truth is revealed and a juxtaposition to the reality most people know happens, what do they do? How far will they go to unveil a spectacular reality? A reality that essentially if you believe in, could cost you everything.


MY REVIEW
When I first started this book , I was like oh my this book is way over my head. But as I got past the prologue I became intrigued . I got sucked into the story. It is a sci fi book but it also so much more. You are taken on a journey that has you wondering what is really up with Craig and Natasha. They seem like friends but there is more to them and as you read. You wonder how they and if they will survive .
The author has written some very strong characters. Craig is a man of mystery and has a vendetta to take care of. He is strong and determined to get free. He has a special gift that people have used and exploited and now he wants revenge. He is a cross between Jason Bourne and James Bond. He is tough and smart . Natasha is a very strong willed woman who is torn between helping him and hunting him down. She chases him across the country , he stays one step ahead of her . As he enacts his revenge.  They are super characters to actually read.

This book is a mix between THE X FILES and the Da Vinci Code. You are taken for a ride that mixes both science and intrigue. The author does a great job taking us on journey that makes us think .  Like I said when I started reading the prologue I honestly thought I was so in over my head . But when I hit chapter one , the prologue made sense to me. The author seamless wrote both the sci fi and the intrique into the book . You get emotionally involved and watch as they play cat and mouse with each other . The book is action packed and a read that will suck you in fast . So check it out if you want a smart Sci fi read that will have you thinking after you are done .