Ok so today is a most definite Monday. Coffee will be my best friend today. But, that is a different story . So today I a m honored to do a cover reveal for a great indie author from Australia
KC-RILEY GYER 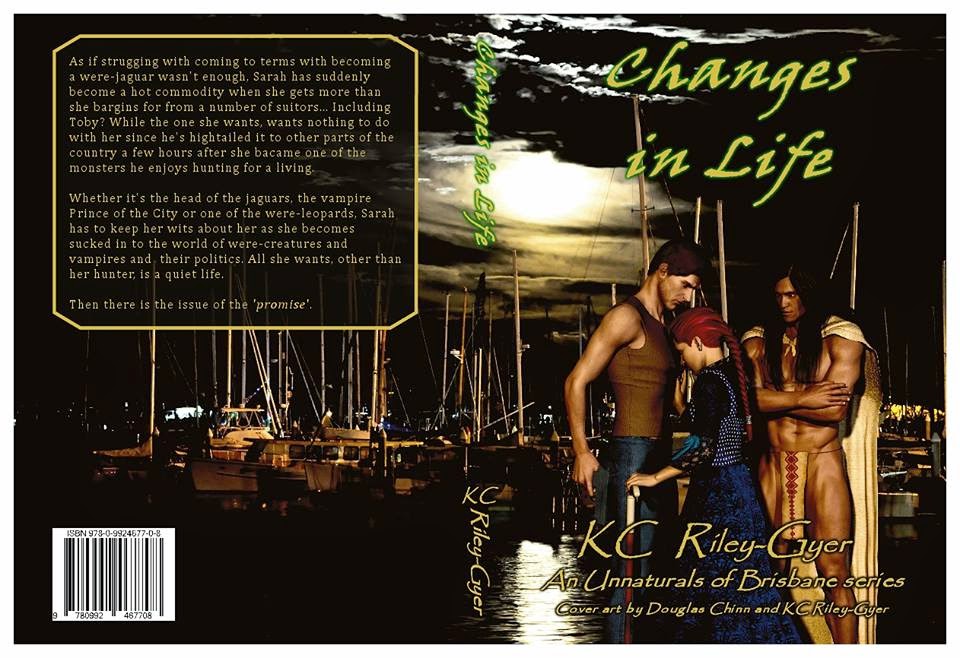 As if struggling with coming to terms of becoming a were-jaguar isn't enough, Sarah has suddenly become a hot commodity when she gets more than she bargains for from a number of suitors... Including Toby? While the one she wants, wants nothing to do with her as he hightails it to other parts of the country a few hours after she becomes one of the monsters he enjoys hunting for a living. Whether it's the head jaguar, the vampire Prince of the City or one of the were-leopards, Sarah must keep her wits about her as she becomes sucked in to the world of were-creatures and vampires and their politics.
BOOK TEASER
She shook her head then her eyes widened as he slowly walked towards her. She couldn’t help noticing he didn’t appear to be drunk at all. Not even a little bit. Her heart started racing. “I-I can’t Ant…” She whispered.
His expression became sympathetic as he neared. “I’m sorry Luv.” He said quietly then gently wrapped his arms around her. “We must do this. I know it’s been so long and that you do love another, but I promise I’ll be gentle.”
He tilted her head and wiped at her tears. Then, softly he kissed her, lifted her into his arms and carried her into the bedroom. After setting her on her feet he took off his jacket, folded it and placed it over the back of one of the two chairs in the room. Then he slipped off his shoes and socks. Once standing in front of her again, he cupped her face and kissed her again but with more passion that time.
“Undo my shirt Sarah and run your hands over my chest.” He murmured. With only light from outside shining in, it made the situation seem intimate and romantic.
With her heart pounding hard and fast in nervousness, she had never heard his voice so low and husky like that before. The sensual-ness of it sent tingles through her. Despite knowing she had to go through with that side of the training, she cursed herself for being so weak in not pushing him away and running for her life. Instead, she did as he instructed.
Posted by BOOKS TO CURL UP WITH at 5:27 AM