Good Weds day all. Hope you are all having a great day. Today's book is TRUST  by Terry Towers 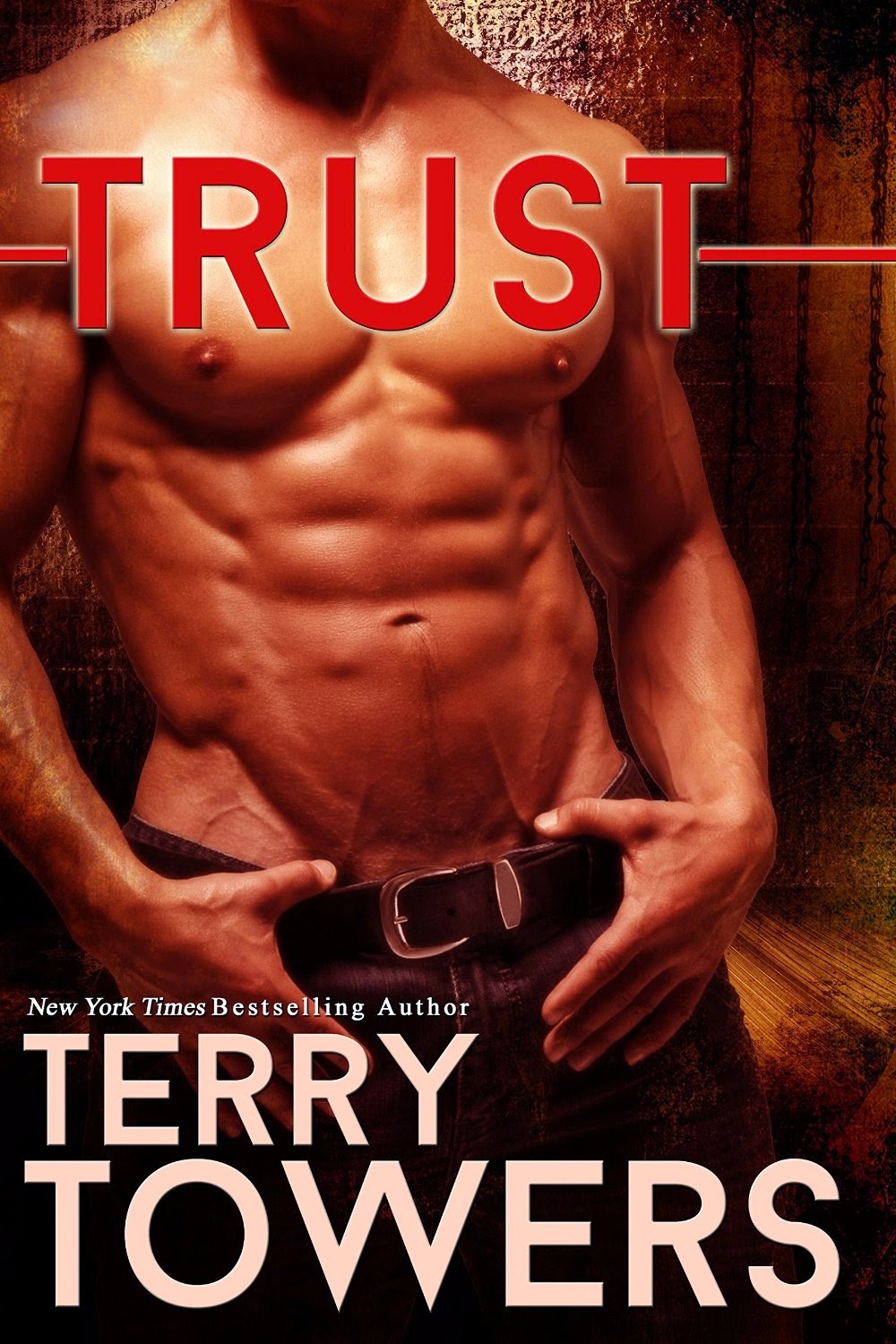 When I close my eyes and manage to block out the horrors going on around me and ignore the aches and pain in virtually every inch of my body, I can still hear the cheers of the audience as I’m lifted into the air by my teammates. For those few brief moments as I remember toppling from the top of the pyramid I feel like I’m flying, I’m free and nothing can hurt me.

But, I was wrong…

How long would it take before they stopped missing me; stopped looking; before I was forgotten about completely? A month? Six months? A year? I’m no longer a person. I’m a commodity.

I have a plan, years in the making. It’s perfect – foolproof. All I need is to keep myself focused on the big picture – my ultimate goal. But then she arrived…

She tests my patience and my will. She angers and frustrates me, making the darkness within scream to be released. I want to ignore her, but I can’t. I need to let her go, but can’t seem to allow her to be sent away.

She’s going to ruin everything…

MY REVIEW
Gwen is the all American girl. a cheerleader, eighteen and still a virgin. She is taken as she walks home from her boyfriend's one night and thrown into hell. She is to be sold to the highest bidder. But  Lance happened the son of the man who was going to sell her. He was her knight in shining armour but she was his temptation and tried his patience at every turn,  They come together as she needs to be trained and he was going to train her. As she grows on him, Lance finds a way to keep her in his life . He goes as far as to mark her and take her virginity.  But will their love survive and get them out of the trouble that they are in
This isn't your bubbly summer fall in love read . It is gritty and dark. There are some scenes that will make you want to shout at the screen. The author sets up a good story line with complex characters and a darkness that jumps from the page .  She creates a good back story between Lance and his father , the boss. Which makes us understand Lance's motives on why he does what he does. To me Gwen was a little bit naïve at the beginning, As the book went on she did get a backbone and became stronger as a person . The secondary characters are essential to the story . I truly like Becca , she was the friend that Gwen needed when she was trapped in the dungeon. They had a bond that wouldn't be broken, The guards were just evil and they showed it every time they were with the girls . There are enough men for everyone in this book . LOL
There is mystery and intrigue, the twists and turns in the book are just great. Who knew that they would do what they did at the end of the book. My only concern with the book is that there are so many books in the genre. They are all starting to sound the same. This book has a little extra that I hope and pray that is doesn't get lost in the shuffle. The author made the characters more real and that needs to be shown when people look it over. Terry has the ability to take you to a place that you didn't know you could go. So please don't let fact that there are a lot of books out there . Take a chance on this book , you might be pleasantly surprised
Posted by BOOKS TO CURL UP WITH at 10:50 AM