Good Monday morning all. I hope that you all had a great weekend. Today 's book is
RAVENWOOD , PRICE'S FREEDOM by Mandy M Roth 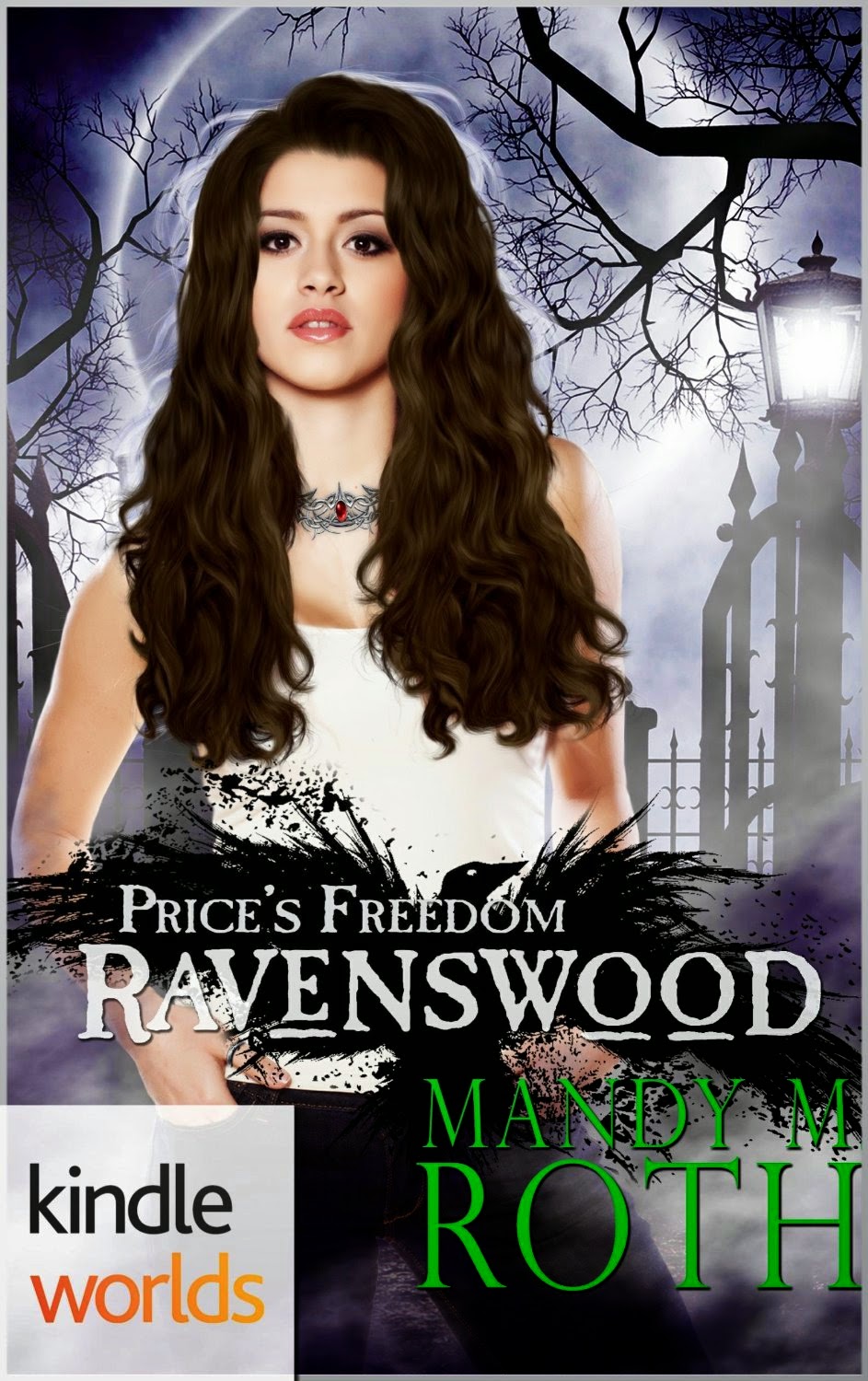 
The town of Ravenswood isn't as it appears to be. It's one of the Devil's playgrounds. A place where the lines between the living and the dead blur. Where demons walk freely and where those who dare to enter are often never seen in the land of the living again. Laura Winfield--a new recruit for Team Light--has been sent by her bosses to gather information on the town and on a certain demon.

Benjamin Price can't seem to stay away from the town's newest arrival. He knows he should push Laura away, get her to leave Ravenswood for her own safety, yet he can't seem to let her go. She's getting in the way of his duties--collecting the souls of the promised for evil and assuring Ravenswood scales stay tipped to the side of Dark. Worse yet, she's making him second-guess what side he should be playing for and that could be downright deadly--to them both. Are they willing to pay any price for his freedom
MY REVIEW
This novella is a very fast read. The town of Ravenwood is not all what it is cracked up to be. It is the devil's playground and the perfect battle ground for good and evil.
Benjamin Price fights for the dark but can't stay away from Laura from the light. She is part angel and he is a shifter and they are meant be together as they reconnect There seems to be only one way to  get back Benjamin's soul is to claim him and let him claim her. Will they make it out alive and will Ravenwood ever be rid of all the evil going on
This is the first book I have actually read from Mandy Roth . I really enjoyed reading this novella. Even though it was only 37 pages long it was a good read with a twist. Her characters are well written and you see the fight between the good and evil . You also see the war being raged between the two main characters. They want each other even though one is good and the other is evil. It also has the pretense of the good girl and the bad boy from the wrong side of the tracks.
I hope that the author turns this into a series and make the books longer. This is a great YA book . I am thinking this would make an awesome series for teens. So if you have a teen that wants to have a good fast read check it out . I think they will like it
Posted by BOOKS TO CURL UP WITH at 7:14 AM