A GOOD SATURDAY TO ALL OF YOU

It's almost 10 am on this beautiful Saturday morning. I am sitting on the patio soaking up the sunshine before it gets too hot . I am writing this review sitting at my new patio table. This is so awesome loving every minute of the summer. So today's book is called TURNER'S POINT by Gordon Osmond , 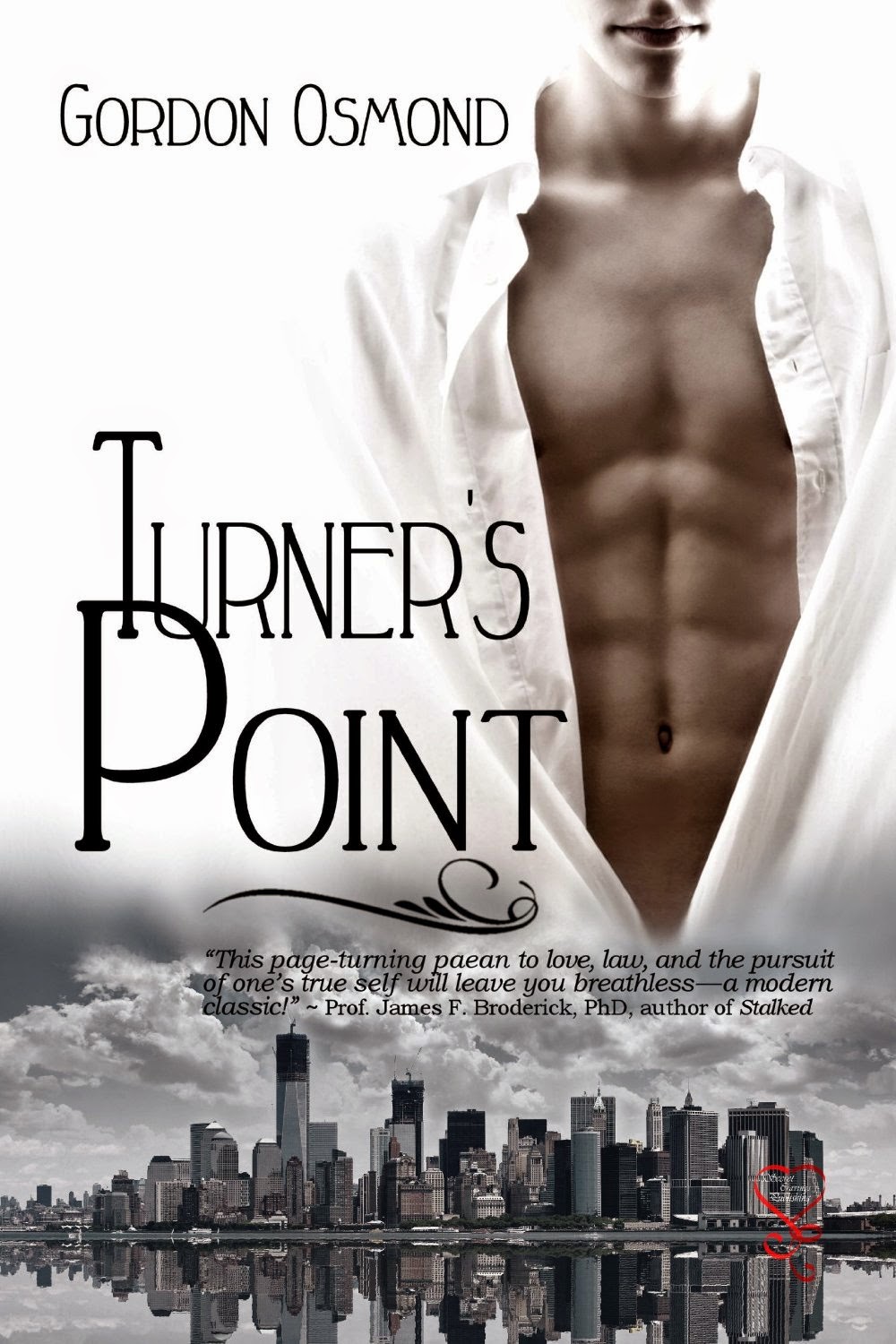 Turner’s Point follows the fallout from the explosion of the marriage of Dan and Eileen Brockway, including:

· their son’s discovery of his sexual orientation and his true love
· the struggles of Dan, his new bride, and Dan’s longtime friend, Raul, in establishing a new law firm
· the efforts of Eileen and her son to resurrect their shattered lives back in their hometown
· Raul’s reunion with his secret daughter.

In addition to San Diego, Hollywood, and Johnson, Ohio, the story travels to the worlds of Wall Street lawyers and media personalities in New York City.

- “sublime and ridiculously good writing. One can simply groove on the poetic pulse of the language.” James F. Broderick, author of Stalked

WARNING: Turner’s Point contains some sexually explicit material that may be confusing to those who have never had sex and offensive to those who haven’t had it as excitingly as it’s portrayed in the book.
MY REVIEW
Let me introduce you all to the Brockway family. As Dan and Eileen's marriage dissolves down to nothing . With the infidelity on both sides . They must come to terms with that and the idea of their son's sexual orientation. Also the problems between Dan and his new bride and the trials of his best friend building a law firm
There is also the reunion of Eileen and her son, trying to fix the shattered lives in their home town . Oh yeah and don't forget Raoul and his reunion with his secret daughter.
This story spans from Johnson Ohio, to Hollywood to San Diego. This story walks the halls of Wall street lawyer and New York media types
You will stay up turning pages with this book. Mr. Osmond takes us on an adventure with every turn of the page There are many personalities in this book all with great story line.
Starting out with a wild road trip that Eileen is taking . To reunite with her son. After the public humiliation of her marriage blowing up in her face.
Once together Eileen and Kyle start a new business, as they are trying to find themselves . Kyle is trying to figure out his sexual orientation, and his mom, well she has her own itch to scratch so to speak.  Back in San Diego, Kyles dad was having trouble of his own, trying to start a new law firm and his new bride. The characters are very complex and when you read them . You know you want to strangle a few people. Cheer for the rest . Trust me I kind a wanted to strangle Dan's new wife , she was so inappropriate. But hey we all have a book character that we all kind a want to strangle every now and then . So you want to cheer when they finally figure it out
This is a well written book with loads of twists and turns. Great flow even though there was an a lot of characters to follow. You could follow them with ease. Mr. Osmond has done a great job tying all the characters together and making the plot lines plausible but you do have to follow along cause it does jump from past to present.
I will say this for Mr. Osmond , he has written a well rounded novel. Full of tension, people coming to terms with  what they are and love of family. I will say I urge you to read this book you will not be disappointed . If you like strongly written words and great subplots and a book that will keep you turning pages well into the night please check out TURNERS POINT . I will say, you won't be disappointed one bit .
Posted by BOOKS TO CURL UP WITH at 9:17 AM