Good Thursday all. Been reading up a storm, my brain is about to explode with all the characters running around in there. Its going to be another beautiful day out going to be hot . So will be reading outside today.
But alas I digress , lets do todays book DIRTY BOOK MURDER by Thomas Shawver 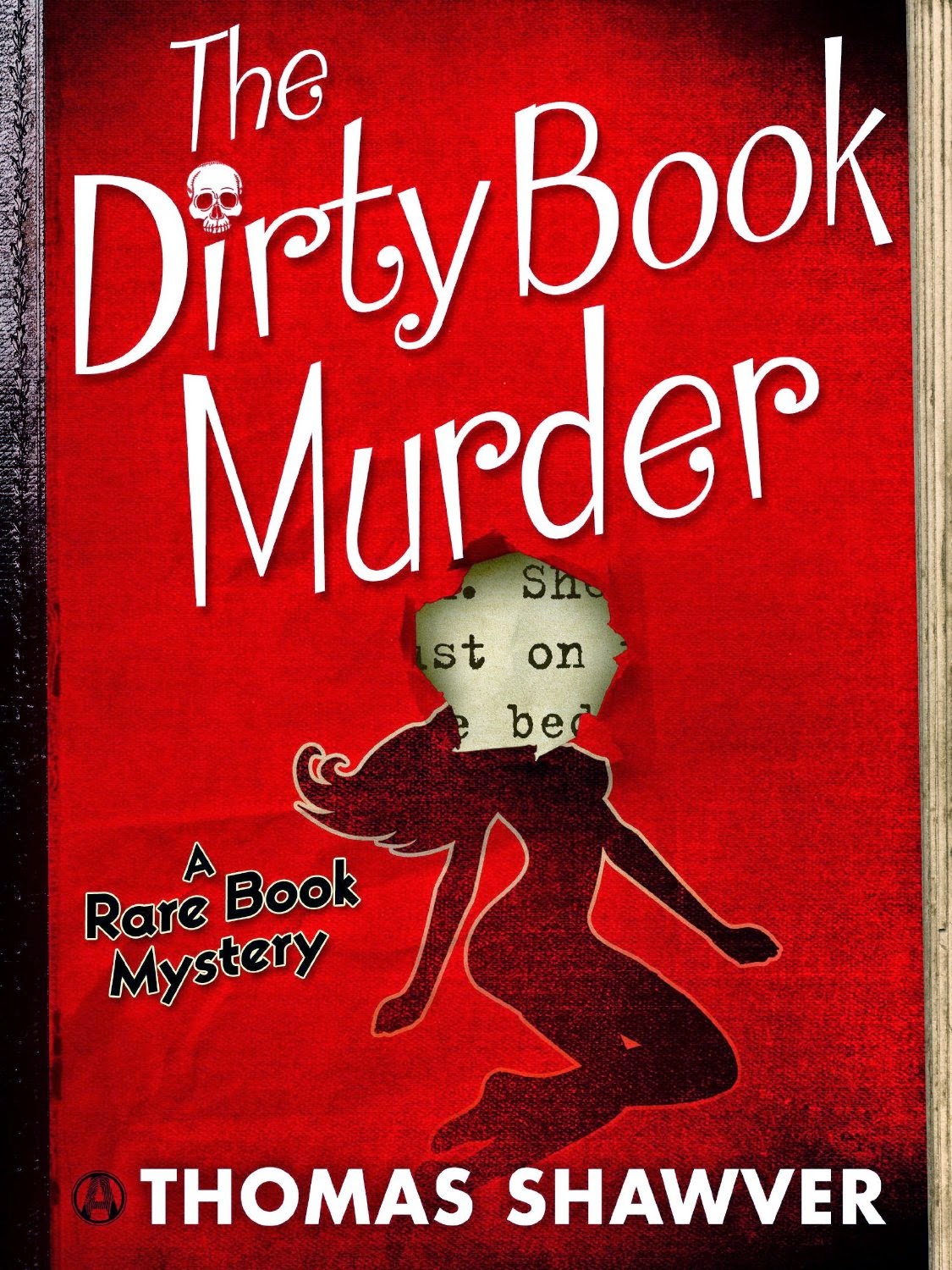 In this smart, fast-paced mystery debut, Thomas Shawver introduces a charming, unlikely hero from the rarefied world of antique books.

Book merchant Michael Bevan arrives at the Kansas City auction house hoping to uncover some hidden literary gold. Though the auction ad had mentioned erotica, Michael is amazed to find lovely Japanese Shunga scrolls and a first edition of a novel by French author Colette with an inscription by Ernest Hemingway. This one item alone could fetch a small fortune in the right market.

As Michael and fellow dealer Gareth Hughes are warming up for battle, a stranger comes out of nowhere and outbids them—to the tune of sixty grand. But Gareth is unwilling to leave the auction house empty-handed, so he steals two volumes, including the Colette novel. When Gareth is found dead the next day, Michael quickly becomes the prime suspect: Not only had the pair been tossed out of a bar mid-fistfight the night before, but there is evidence from Michael’s shop at the crime scene.

Now the attorney-turned-bookman must find out who wanted the Colette so badly that they would kill for it—and frame Michael. Desperate to stay out of police custody, Michael follows the murderer’s trail into the wealthiest echelons of the city, where power and influence meet corruption—and mystery and eroticism are perverted by pure evil. Unfortunately for Michael, one dead book dealer is only the opening chapter in a terrifying tale of high culture and lowlifes.
MY REVIEW
Let me introduce you all to Michael Bevan a small time book dealer. Who arrives in a Kansas auction barn. On the search for a rare set of Japanese erotica. There are some beautiful Japanese scrolls, and a first edition Colette. Signed by some great authors in history. In walks a tall dark stranger that tries to out bid Michael for the Colette. Not to be outdone his friend Gareth steals the Colette and ends up dead the next day. Michael becomes the prime suspect in the murder.
Who would want the Colette so badly that they would murder and frame someone for it. Michael hunts down the person, right into the wealthiest parts of the city. Will he survive to find out who is trying to kill him
Mr Shawver takes you on a rollercoaster ride from the very beginning. He goes really knows how to write about dirty politics, dirty money and dirty sex, Yes there is some kinky , kinky sex in this book .
The characters are very well written and are complex mixture, They pull you in from the start, You feel for Michael, drowning in alcohol and not being able to take care of his own daughter. She is sent to other family members .  He tries hard to win her back even though she is being a bitchy little thing. That you kind a want to slap up side the head for being such a bitch to her father. She kind a drove me crazy for a bit.  All the characters went from good to bad to down right evil in some areas.
This is a book that you can read while just hanging out, you will turn the pages just to find out if Michael will figure out who murdered him. So check it out if you like a little kink with your mystery
Posted by BOOKS TO CURL UP WITH at 8:51 AM