Well it is Friday and boy it is hot here on the farm suppose to be hitting the high 80s and I am loving it. Ok enough of that, lets talk about some books shall we. Have you ever had a book that you could n't put down and it hits you so hard. I have had a few that really got to me . Then you wonder if the second book would be just as good . Well I need to say , ABDUCTED 2
the conclusion by Queen Brown was one of those books that took me to the edge and back again 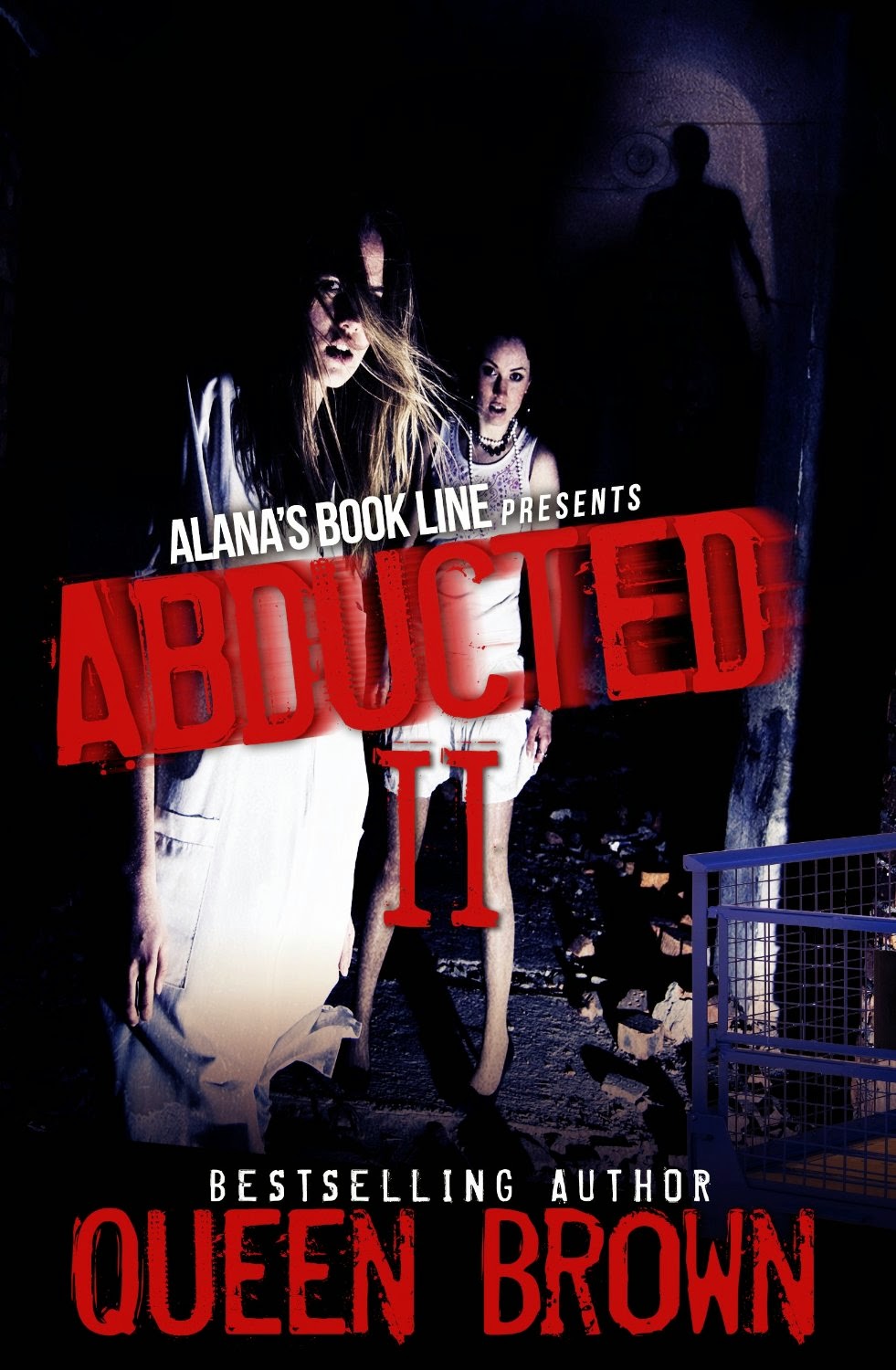 The Phelps’ wear masks' of an inviting, very charming couple with all of the right intentions, but getting too close and comfortable could cost you your life. Kidnapping a Baptiste’ daughter is more than the evil couple bargained for. Their twisted obsession with death and money may come with a price of exposure.

The Baptiste’ are not going to lie down without a fight. A quest to find their daughter, though dangerous, has become their soul motivation. As the police do nothing, a new twist fuels Lacey’s family to take matters into their own hands, sending the Phelps’ into a frenzy of desperate moves as they feel the walls closing in on them. More bloodshed, family lies and the realization that blood money is not as sweet as it seems is only the beginning of this world wind of craziness. Have the tables been turned on the Phelps'? Or will they reign victorious in the end?
Abducted 2 is full of drama, suspense and jaw dropping moments that will leave you feeling satisfied.
MY REVIEW
Hunter and Brooke are a charming couple with a dark, dark secret. They have blood on their hands . They also have Lacey in the basement. She is programed to make them money any way possible. Right now its fighting to the death in the ring.  When she tried to escape Hunter found her and took her to a friends where the poor girl is drugged an kept there .
The Baptiste's have been trying to find their daughter, never giving up. Even with their problems that drive them to separate. They never stop looking, They know the Phelps have her but can't prove it,
There has been so much bloodshed , it seems that anyone that goes asking Hunter and Brooke about Lacey they end up with a bullet through their chest. As Hunter and Brooke realize that the walls are closing in on them . They start to feel the pressure and the craziness . Will Lacey be found and will things ever be normal
I was so waiting for this book. I was so excited when it was on my kindle. All I can say is WOW, Queen had me sitting on the edge of my seat. I had tears flowing down my cheeks at some points. Lacey is a heroine in my opinion. She never gave up especially once she saw her sister . It brought the fight out in Lacey again.  She is a very tough cookie , I loved that about her character. What can I say all the characters were very well written . You can sure feel the depths of despair Brooke is in . She really can't function without Hunter. Hunter is the calming in the craziness of this whole kidnapping.  They know they are doing wrong but the call of the blood money is too intoxicating to let it go. The new characters fit seamlessly into the story. They are all fighters and take matters into their own eyes. The way the momma bear came out when Lacey's mom went to find her .
You will want to scream at the kindle when you read the things that Lacey went through. The author pants you such a story as you are reading, its like a movie playing . You can see every detail and feel every emotion. You can feel the hatred and the fear that is racing through the pages . The twists and turns were fabulous. The ending is very understandable. It ended the right way.
So if you want a great series to read that is raw, emotional and it feels all too real. Check out the  ABDUCTED SERIES BY QUEEN BROWN, THIS IS A 5PLUS STAR RATING IN MY BOOK
Posted by BOOKS TO CURL UP WITH at 9:32 AM