It is finally Friday woohooo. I hope everyone is doing ok.  I was  working hard this week. Between being blind for a whole afternoon, moving horses around. Also celebrating my 17th anniversary of unwedded bliss. What a wonderful man I have gives me a beautiful card and new fishing lures. Which if you any of you know me , is one of the best gifts he could give a girl. Oh yeah and I got a 50 dollar amazon gift card also, That man so knows me, After I did my happy happy dance. I am going book shopping. Maybe get some books from my wish list. But I so digress here , I am here to do a review , so lets get to it 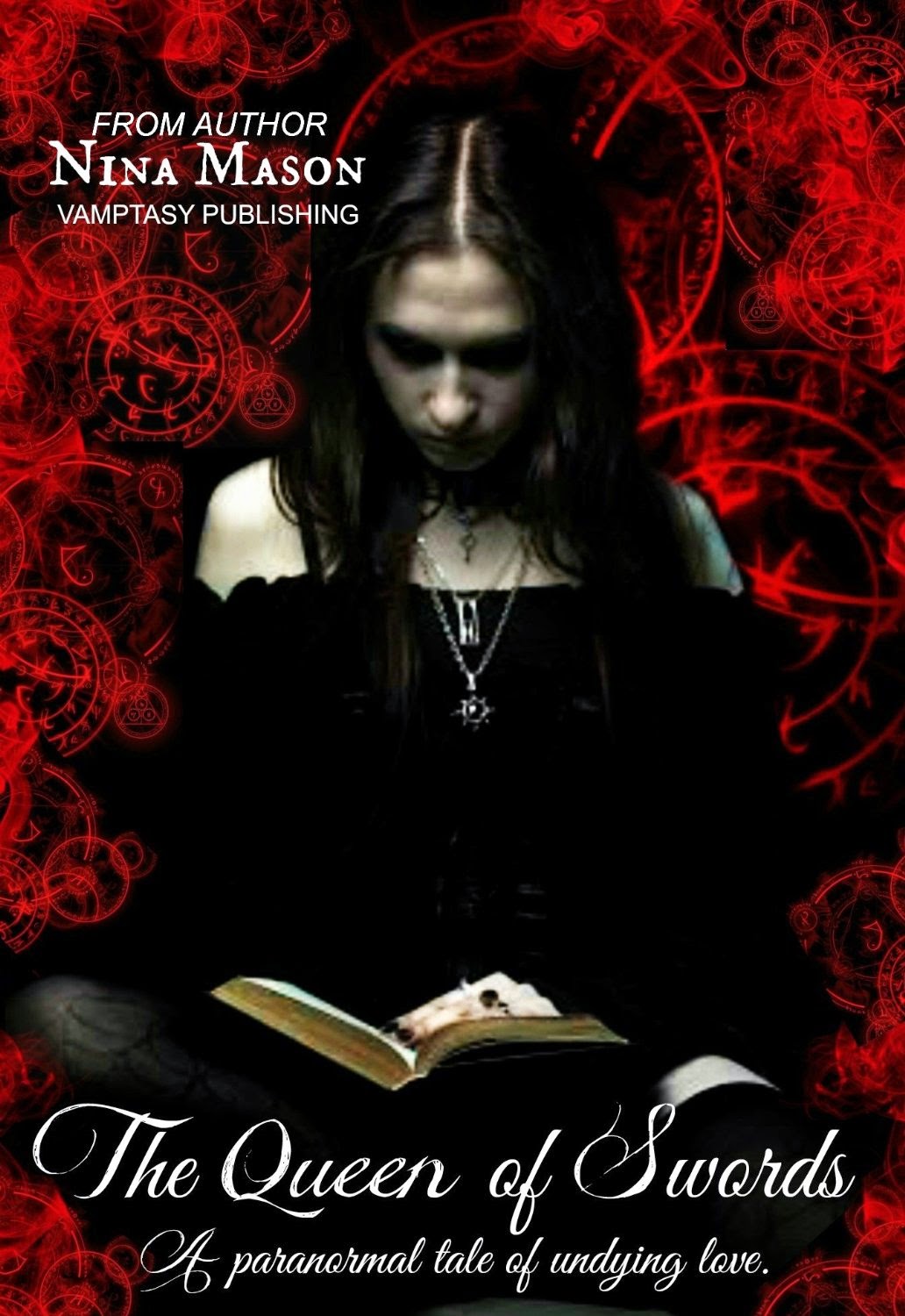 The book I am reviewing for you today is THE QUEEN OF SWORDS, by Nina Mason


When Graham Logan draws the Queen of Swords, he knows he’s about to meet the love of his life. For the third time. But surrendering his heart will mean risking her life…or making her what he is--two things his beliefs won’t allow him to do. Graham rages at God: Why give her back only to take her again?
Cat Fingal, the third incarnation of Graham’s other half, won’t let him slip away so easily. A white witch, she casts a spell to summon him—for answers, among other things.
Graham has other problems, too. Like the seductress who wants him for herself and the dark wizard who cursed him and killed Cat the first two times.
Will she find a way to save him this time around?

**For Mature Readers Only**


MY REVIEW
This book has it all, soulmates, hot vampires , Celtic lore, witches , and eternal love for the agers.
Meet Graham and Cat they have bee  together through out the ages. Because of a curse Cat has been taken away from him time after time. When he pulls the Queen of swords, he knew that Cat would be back in his life again for the third time. He tries everything to not let that happen . But the fates bring them together. There is so much going on between them, between a roommate that makes advances at Graham and a evil fae that wants Graham for her devious and evil plans. To the evil sorcerer that wants Grahams very soul. They still find their way back to each other . They also find away to help Graham . This time around he has a secret weapon Cat and her white magic. So when the tarot cards align and let them realize their undying dream, Will they forever be happy and stay with each other ,
Nina  is a new author that I am very happy that I found.  Her mix of Celtic lore, vampires and undying love of two soul mates. Is a new mix that makes for a very enjoyable read. Her characters are written with such intensity that you just want to cheer for. They are tortured and you can feel their pain. The pain of loss of love and knowing that out there  there is something or someone that is your missing piece.
The historical aspects of the book added a lot of depth to these characters. To know what went on in Graham's life as he fought and found Cat was great. You find out a bit of the Scottish tradition and lore . Even the history of the kilt and the clansman. I know some of you might not like that but hey I love it. Anything Scottish from men to lore make me swoon. Oh did I also say that Graham is really hot in a kilt . One of the reason's Cat is in lust with him at first, well honestly who wouldn't be .
The mixture of magic and mythology  kept me reading long into the night. The Queen of Swords was well researched and well written. Nina has created a new genre in the paranormal world. So if you like , vampires, witches, Celtic lore and well Scotland , men in kilts with great accents . Check this book out. I will say you will not be disappointed . This is a 5+ star book . So check out
Posted by BOOKS TO CURL UP WITH at 9:06 AM