Good morning all, hope today finds you all well and rested. Today's book is a bit different it is a true life crime book, yes I read those also. Like I said I read just about anything , except historical romance. Yeah those books I just can't get into for some reason, So, here is todays book
MOMMY'S A MOLE by Eve Carson 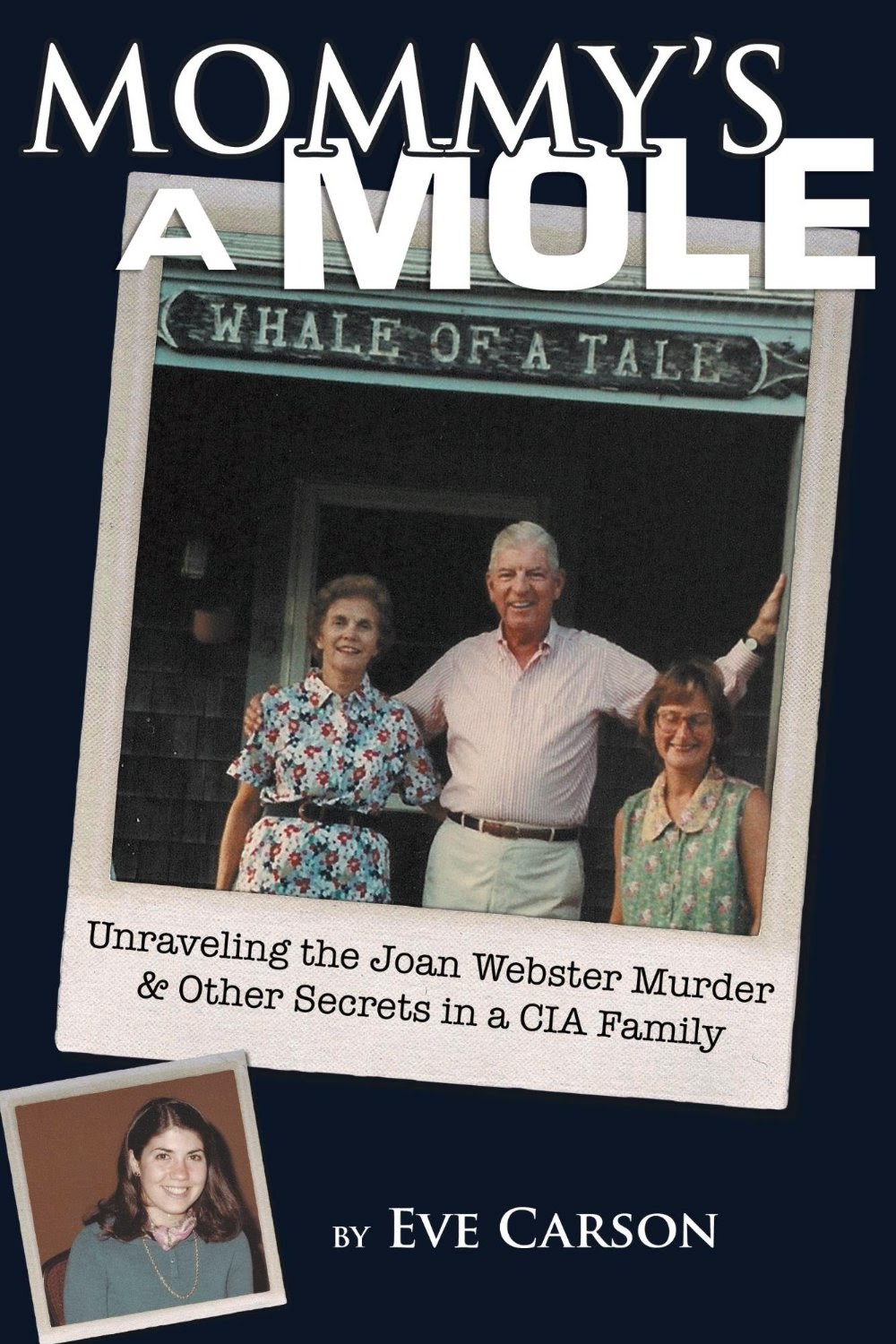 The sun trickled through the dense tangle of the spring’s budding branches. Karen Wolfe Churgin walked her dogs on April 18, 1990, on her remote wooded property on Chebacco Road. The veterinarian spotted a white sphere obstructing a drainage ditch. Churgin’s home sat on top of the bluff overlooking Chebacco Lake, and the lower-wooded basin was often flooded with water. The sparsely inhabited wilderness in Hamilton, Massachusetts attracted hikers and bikers, but was also a secluded setting known for criminal activity. From a distance, she saw an object, a white sphere. When she reached to dislodge it, she reeled back in horror. She immediately called the police.

“I saw something in the woods that looked like a punched-in volleyball,” Karen told the Beverly Times on April 25, 1990. “I looked closer and it was a human skull. It had suture-like zigzagged lines. Those are unique to human skulls.”

Officer Hatﬁeld was the first to respond, and the initial conclusion determined the discovery was, indeed, a human skull. Hamilton Police Chief Walter Cullen arrived at the scene next and photographed the find. The Massachusetts State Police Crime Prevention and Control Unit, CPAC, dispatched Cpl. Dennis Marks to take charge of the crime scene. Local police sent the skull and a nearby black boot to Hunt Memorial Hospital to examine, but nothing else surfaced in the initial cursory search of the surrounding area. Notices went out to departments to assist the resident force, and names poured in to compare the cranium to known missing persons. Joan Webster’s name appeared on the list, but the resting spot was more than thirty miles from the long-speculated crime scene at Pier 7 in Boston.

“Of course, it’s being checked out, but the location doesn’t seem to correlate. Circumstances pointed to her being taken out in a boat and dumped at sea. This is something way up north and doesn’t tie to anything.” -George Webster Harvard Crimson April 28, 1990
MY REVIEW
This is a true story of Joan Webster who went missing . The story starts on Thanksgiving many years before. On thanksgiving in 1981 Joan Webster heads to the airport, never to be seen again. She wen missing.
Eve , Joan's sister n law and friend, started looking into her disappearance . She was trying to get justice for Joan and her family.  As she unravels the clues , it almost looks like Joan was just collateral damage .  Eve pieces things together slowly the more she finds out the messier everything seems to get
Eve takes us through every piece of evidence. but as she finds out more and gets deeper into the case, the more she looses her family. They become distant and then they do the unthinkable and they turn against her. Basically shutting her out from their lives. But like a dog with a bone she doesn't give up and keeps going after the evidence. But, with every clue she uncovers the more the authorities turn her away.
The case is a heart breaker. The way the family turns against her when all she tries to do is help . The book is full of so many facts and timelines which helps tell the story , Eve has worked very hard on the getting all the evidence and putting it all together in one great book . It a thick book but it is a great read . You will be lost in trying to figure out what happened to Joan . I know  I was trying to piece it all together . There are so many twists and turns that you will be reading all night long.  This case hasn't been solved so maybe with the retelling of Joan's story.
Maybe just maybe there might be something come to light. To help solve this case and help Joan come home .
If you love a mystery and also like a true story crime novel this is the book for you . So check it out and help try and figure out this case . You won't be disappointed .
Posted by BOOKS TO CURL UP WITH at 8:41 AM