HAPPY MAY DAY ALL

Boy let me tell you , yesterday was a day that just sucked. Had a eye appointment and boy was it a exam from hell. I got my eyes dialated and it just couldn't get my eyes to come back. With burning eyes and a headache I tried to read but alas . It didn't happen LOL. But I did get the book read .
HAND OF MIRIAM by Eva Gordon 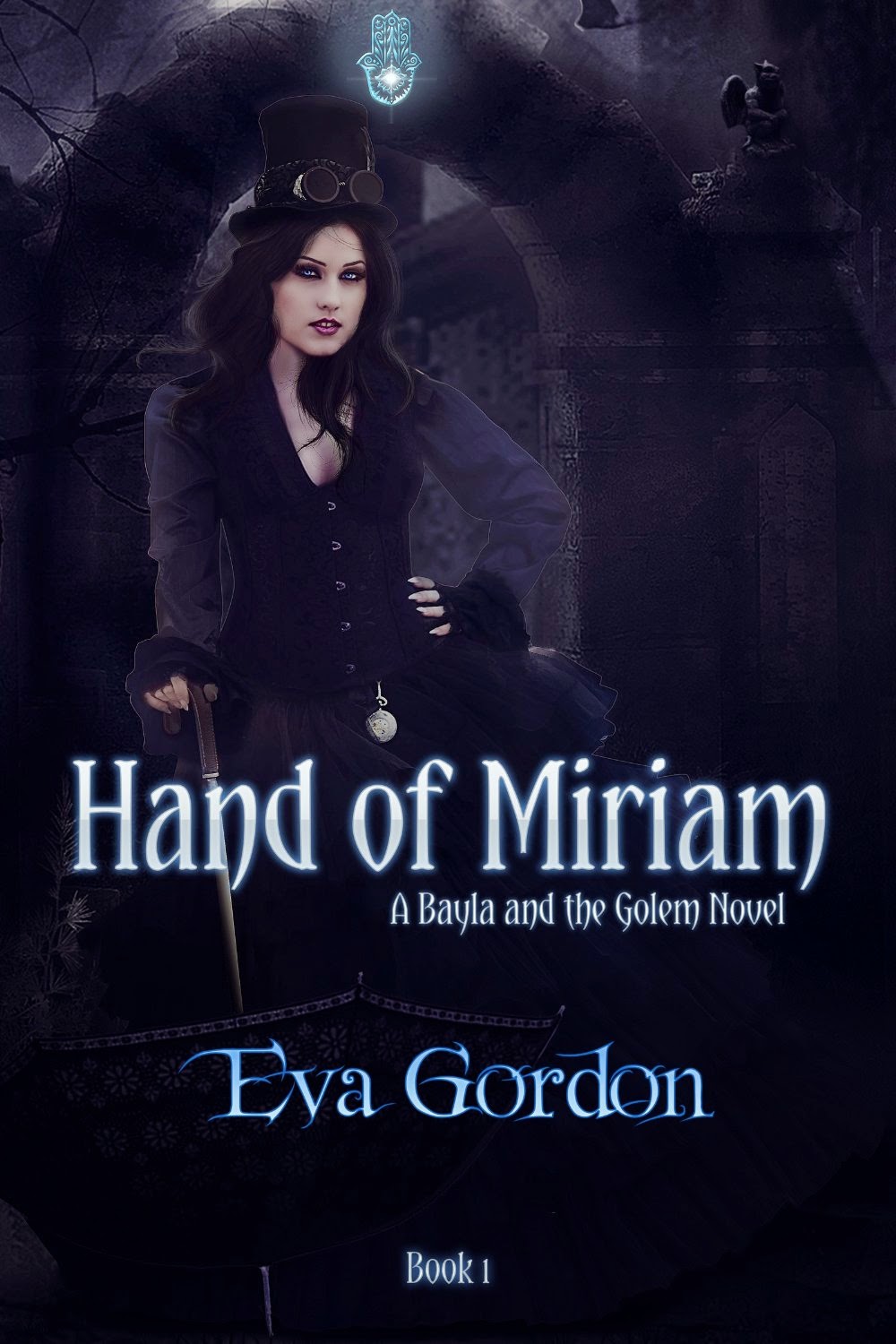 On an archaeological expedition, Bayla Gideon, is widowed by a supernatural force and branded with the Hand of Miriam or Knowing Eye. Threatened by evil, she awakens the golem; a mythical man of clay, who protected the Jewish community over three centuries ago.
The golem, Gesher, is surprised. Freedom –by a beautiful, enchanting woman. His desire is to return to the celestial spheres and regain his status as an avenging angel. Yet, Bayla challenges his mind, body and soul. Would he risk his return to the heavens for her?
Besides, dealing with the other kind, mad inventors and an unrelenting matchmaking aunt, Bayla is equally determined to resist her steamy attraction to the striking fallen angel.
Thrust into a malevolent war, which includes facing Jack the Ripper, they must resist the magnetic pull toward each other, while protecting the world from encroaching evil.

MY REVIEW
First off this is the first steampunk book I have read. I didn't know that at the beginning so I was a bit confused. But as I started reading it I really got into the book. Its a mixture of Victorian, steampunk and goth . All rolled up in on sweet book.
Bayla Gideon is widowed on an dig and is branded by a supernatural force with the knowing eye. She awakens the Golem when she is threatened .
Gesher is a fallen angel that has been turned into the Golem because he disobeyed his fellow arch angel. He is awakened by Bayla and gets rid of the evil that is threatening her. As she allows this to be done. , Gesher is turned into a more human looking man. instead of the clay man . Even though he is scarred where his wings were stripped from him and the gorgeous ripped body of a warrior. Bayla is attracted to him , and really who wouldn't be attracted to the battle scarred hunk of man standing in front of her. W  Once I started this book I couldn't put it down. The steampunk aspect of the book had me so intrigued. LIke I said this was the first book of this genre I have read. Eva wrote with such a command. It had me turning page after page well into the night. ill
Gesher return to heaven or find heaven on earth with the woman who has his heart. Will they both survive the outcome
The addition of the jewish lore in the book was another aspect that had my attention. It flowed so seamlessly and the characters were so driven and well written . Right down to their flaws. They both were flawed but it seemed to add to their attraction. So if you want to try a good steampunk book check out this book cause you won't be disappointed .
Posted by BOOKS TO CURL UP WITH at 8:20 AM