IT IS FRIDAY EVERYONE HAPPY FRIDAY

The world’s most prized violin becomes the centerpiece of intrigue as FBI Special Investigator Chris Clarke and his partner Carlos “Chubbs” Gonzales weave their way through a maze containing a notorious assassin, Illuminati, secret documents, a master violin forger and his deceptive and charismatic daughter, a Hollywood film producer and one of L.A.’s finest and most neurotic sneak-thieves.

The chase across two continents resolves in an art gallery in the South of France for a shocker of an ending.

FBI Special Investigator Chris Clarke doesn’t like “…anything or anyone” in his way while working a case. In his seventeen years with the Bureau, he has dealt with everything from retrieving stolen works of art to tackling some of the world’s biggest scumbags. 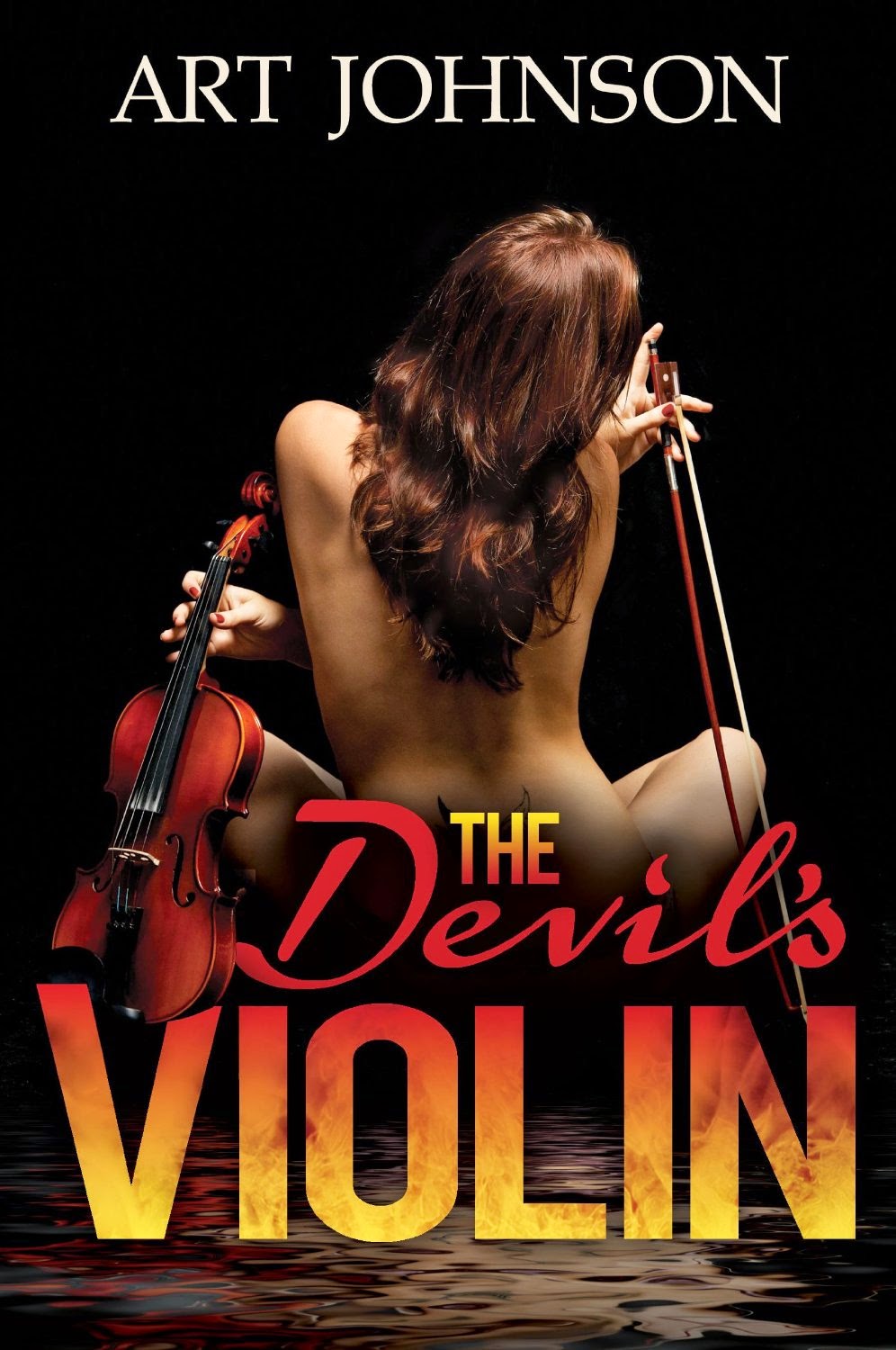 With his diverse background of art evaluation and Desert Storm duty, Chris Clarke is ready for all comers. Only one fugitive haunts his thoughts: the notorious and ruthless assassin known only as “The Man in Black," whose trail of contract killings had never led law enforcement to anything but a figure lurking in the shadows.

One morning in August 2010, the “man in black” suddenly popped up, seen by witnesses in Cremona, Italy to have been in the area where a young violinist was found dead with his throat cut. Chris Clarke and Gonzales head off to Europe to track down the assassin while attempting to decode the mystery that lies behind the motive.

Weeks before, Hollywood movie-mogul Max Pendleton, who loves fine works of art, no matter how they are acquired, hires veteran sneak-thief Gus Edward Happy to fly to Europe and steal the most valuable violin in existence—the famed violin coveted by the Jimi Hendrix of the nineteenth century, Niccolo Paganini--thought to be in league with the devil because his genius was unexplainable in earthly terms.

Through a tangled web involving Illuminati, secret documents in the possession of Paganini at his death, a master violin forger and his deceptive daughter, thieves, and assassins, Clarke faces the challenge of his career as he and his partner Gonzales move across Italy to the South of France where pieces of the puzzle begin to fall into place with the Devil’s Violin center stage, leading to a rapid-fire conclusion.

MY REVIEW
The world’s most prized violin becomes the centerpiece of intrigue as FBI Special Investigator Chris Clarke and his partner Carlos “Chubbs” Gonzales weave their way through a maze containing a notorious assassin, Illuminati, secret documents, a master violin forger and his deceptive and charismatic daughter, a Hollywood film producer and one of L.A.’s finest and most neurotic sneak-thieves. As the story progresses we follow Chris and Carlos through the streets in Europe to Southern California. To find the Man in Black and track down the Devil's violin,
This book had me hooked by page three. I admit it I was reading far into the night. Mr. Johnson had me guessing and second guessing my way through this book . Between the history of the violin and the intrigue. The mixture of the sacred documents that come up and then throw in the Illuminate and you are going to go on the ride of your life. Which is exactly what happened when I was reading it. The book moves so fast and the characters are so well written , You can't help but cheer for the main characters.
The characters are all bound one way or another to each other , as they cross paths with the ill fated violin. You can feel their desperation and what they need to get done to survive . The man in black is just evil , you cheer for Chris and Carlos as they unravel the mystery. You want to figure it out as badly as Chris does .
So if you love tightly written novels full of intrigue and mystery this is the book is for you . I am so happy that I took the chance on this book. I want to read more from this author. If the first book is any indication , we are going to be reading great things from this author . I hope that you all take a chance on this book . You will not be disappointed and you will have fun trying to find out who , what and where .