WELCOME TO DAY FOUR OF OUR VALENTINE'S WEEK MASSACRE

Welcome to day four of our week long Valentine's week blog party featuring some great authors . Today we are heading to Portland Oregon. Going to have coffee with the Shawn Chesser. 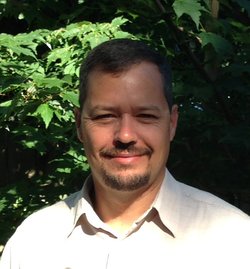 books to curl up with.  Goo Morning Shawn, I am glad you could make it today .
Shawn Chesser:  Glad to be here and thank you for having me .

books to curl up with : Ok here we go


books to curl up with: Tell us all a little bit about yourself.
Shawn Chesser:
I’ve been happily married to my wife for 22 years and a father of two. I live in Portland, Oregon, where I write full time. I’m a Star Wars geek who enjoys reading comic books, playing outdoors in the Pacific Northwest and ogling classic automobiles in the wild. As for the genre I write exclusively (for now), it was a no brainer as I’ve been a zombie fanatic for decades. I’m a Romero purist at heart and prefer my creatures shambling, trudging and moaning. As for fast, agile, screaming specimens... not my cup of tea.
books to curl up with: What inspired you to write your first novel.
Shawn Chesser :
Emerging from a dark time of my life I needed to prove to myself that I could finally finish something I’d started. I actually wrote most of my first novel, 'Trudge: Surviving the Zombie Apocalypse,' on my first generation iPhone over a three month stretch while my boy was playing indoor gym here in rainy Portland, Oregon.
books to curl up with :  Who or what inspired you to start writing and in what way.
Shawn Chesser\;
It started out as a kind of esteem building exercise for myself that when fully embraced became more than just a lark. I quickly found that I enjoyed getting sucked into the world I had created and once I had gotten a taste of that there was no turning back.
books to curl up with:  Do you have a specific writing style.
Shawn Chesser:
I write third person pov exclusively. I tried to write a short story in first person and failed to get into a groove. As far as my prose goes, I tend to be minimalist when it comes to using obscure words. I also am apt to sprinkle lots of pop culture references into my work.
books to curl up with:  Tell us about your current project.
Shawn Chesser
I'm deep into writing 'District: Surviving the Zombie Apocalypse’ which will be the eleventh book in my bestselling series.
books to curl up with:  What made you decide to write about zombies .
Shawn Chesser:
I kind of touched on this above. Definitely it was George Romero's  Night of the Living Dead that began my fascination with zombies. I was first allowed to watch it when I was about twelve or thirteen. I really liked how even when confronted by the Zs relentless march, the disparate band of survivors—save for a couple of bad apples—banded together to fight the inexplicable scenario unfolding before them.