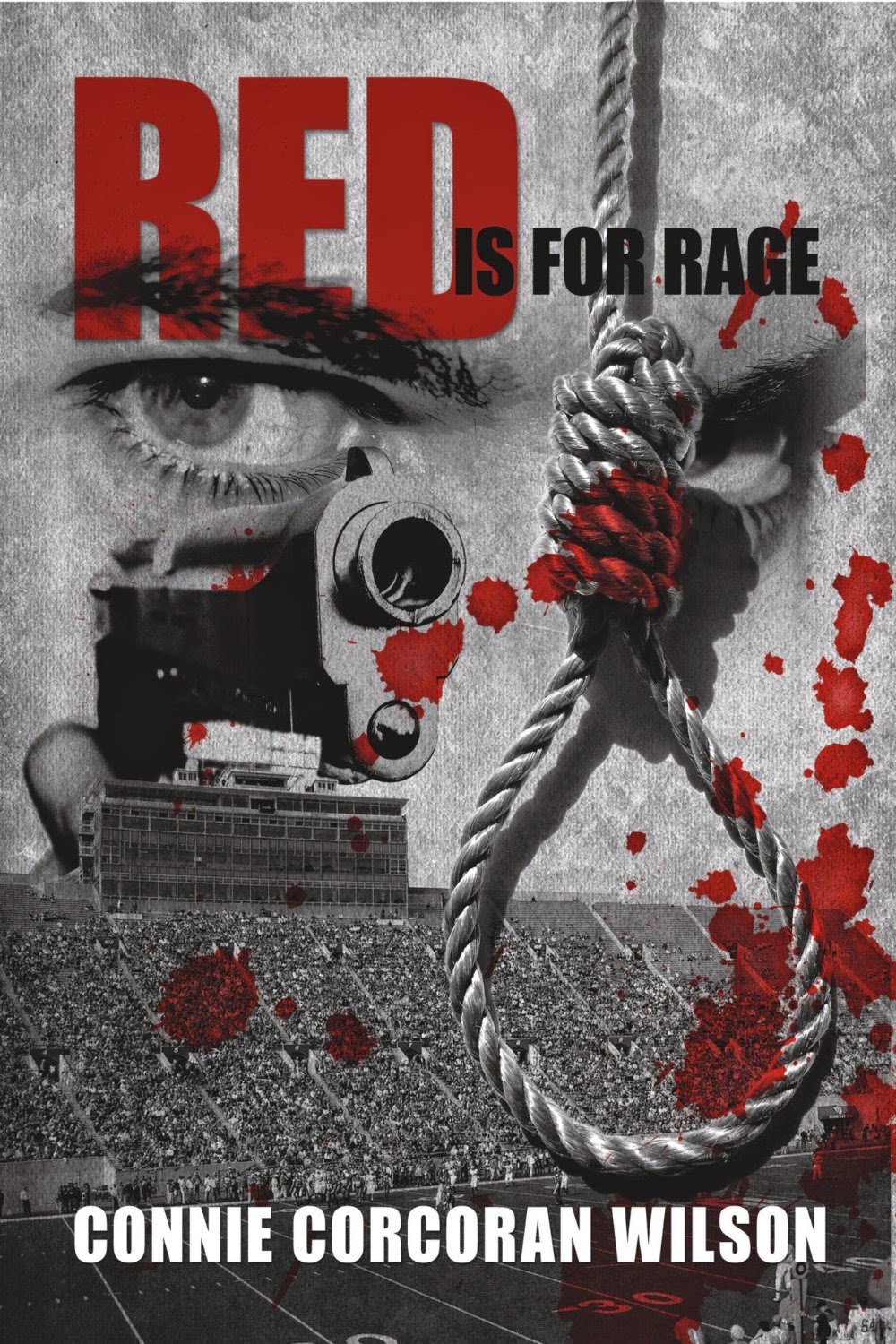 RED IS FOR RAGE is the second book in the award-winning THE COLOR OF EVIL series. It was named the winner in the Thriller category of the Pinnacle book award by NABE (National Association of Book Entrepreneurs) in 2013.

At the end of Book One (THE COLOR OF EVIL), Stevie Scranton, best friend of Tad McGreevy, went missing. Best friend Tad McGreevy, who has the ability to see auras around others that lead him to "see" the crimes of the evil-doers, vows to do everything he can to find Stevie. In their search, they discover a monster every bit as dangerous as Pogo, the killer clown, and must confront him in order to save Stevie.

Pogo, from Book One, still is a threat, hoping to kill Tad to keep his freedom, since he thinks Tad has the power to turn him over to the police. Now, Tad must learn to harness his unique gift. Stevie's fate hangs in the balance as well as his own life.(less)


MY REVIEW
This is the second book in the series, We had a cliff hanger at the end of the first book, Stevie has gone missing They pour everything into searching for him. There is another monster out there even worse then Pogo the killer clown, Tad must use his gift to find Stevie and stay alive.
All I can say that Connie did it again she took us on a roller coaster ride yet again, This is the second book and some time has passed and Stevie has been missing for months, and POGO THE KILLER CLOWN has escaped jail and is looking to kill Tad. Tad still hasn't gotten the hang of his powers.
Her characters as well written all of them have their faults, Connie has paid more attention to her characters, she takes them through the depths of hell just to come out the other side stronger. Which in turn makes me care about them so much more. She took the time to make their interactions deeper and more intense. She has also take my hatred for clowns just one step higher.
The author has done it better in this second book. the story is darker but you still have young Tad trying to get a hang of everything, kind a like all teenagers. The story is so dark and you feel so much . Trust me you could get to the ugly cry stage in this book . Especially with Stevie. The eeriness jumps off the page at you as you read, You could be page turning all night long when you start. Connie will take you to the darkest of dark and bring you back out the other stronger. This would be a great read for those cool evening all snuggled up in bed with the lights off.