Welcome to mystery Tuesday. There are days when you just need a good detective book. I found that book STATELINE by Dave Stanton 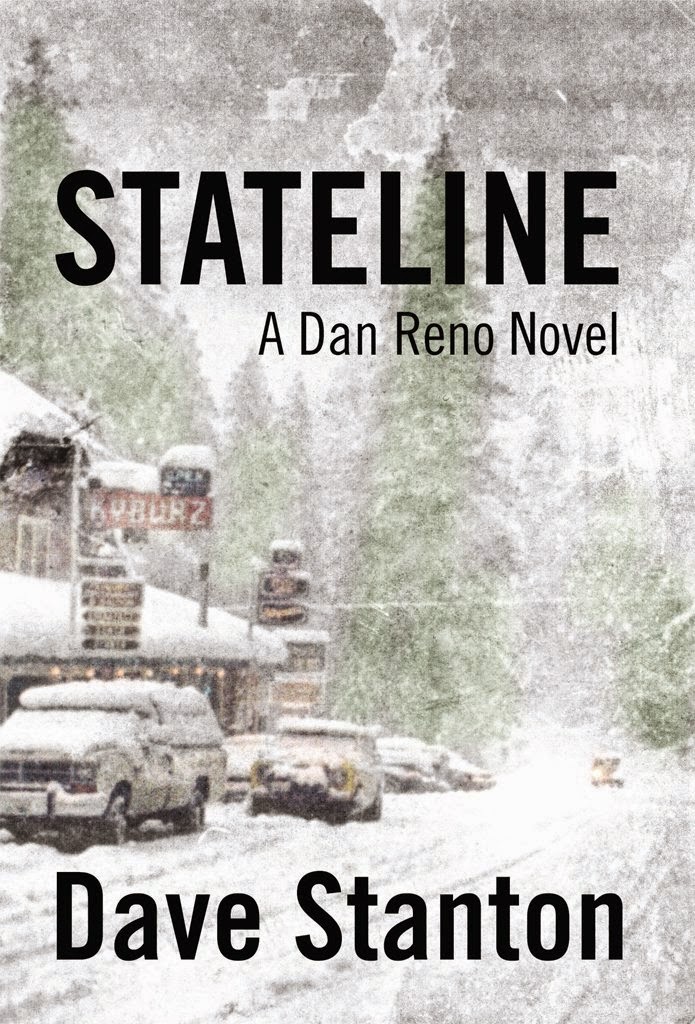 Cancel the wedding–the groom is dead. When a tycoon’s son is murdered the night before his wedding, the enraged and grief- stricken father offers investigator Dan Reno (that’s Reno, as in no problemo), a life-changing bounty to find the killer. Reno, nearly broke, figures he’s finally landed in the right place at the right time. It’s a nice thought, but when a band of crooked cops get involved, Reno finds himself not only earning every penny of his paycheck, but also fighting for his life. Who committed the murder, and why? And what of the dark sexual deviations that keep surfacing? Haunted by his murdered father and a violent, hard drinking past, Reno wants no more blood on his hands. But a man’s got to make a living, and backing off is not in his DNA. Traversing the snowy alpine winter in the Sierras and the lonely deserts of Nevada, Reno must revert to his old ways to survive. Because the fat bounty won’t do him much good if he’s dead…
MY REVIEW
I was so excited when I was asked to give my honest review for this book. It was a great distraction from all the romance books that I have read in the past little while. I love a great who dun it books. This was a great one.
In this book we meet Dan Reno a private investigator a divorced man and a recovering alcoholic ok let me rephrase that he isn't so much recovering and more an alcoholic. He is attending a wedding and  is offered a big payday by a grief stricken father whose son is murdered the night before his wedding. Reno finally is in the right place to help out. As he works through the case . he is almost killed and really is earning the money . He finds himself in a world of deviants and kinky sex. Whil he keep himself alive to play with that reward money he s making,
This is the first book in the series where we meet Dan and the rest of the cast of characters. I really liked Cody an ex cop and Dan's sidekick to Edward his new friend. There is a lot of drinking and kinky sex going on also. You know the bad guys are going to be really bad and the good guys are good but maybe swayed. The book takes you from Lake Tahoe to Reno. Vegas and through parts of Utah . All very interesting places to visit and or maybe die. The characters are so well written and feel so realistic. You find yourself caring for them as you read and follow them on their journey.
The story is written mostly in the first person. Dan's point of view. The author does that seamlessly there are a couple of spots that it changes but it is part of the story line, The scenes are so well written it almost feels like you standing in the snow in Lake Tahoe or running for your life in Vegas. You find yourself cheering for the good guys and wanting to find out who the murder was .
The story is well written and flowed so well I was engrossed from the very first chapter. I was reading well into the night and I just couldn't put it down. I so wanted to figure out who did it. I couldn't do it, I was so confused but in a good way. I just couldn't figure it out. The conversations are realistic and you can hear the voices in your head as you read.
So if you want a great detective book give this on a chance I know you won' t be disappoint I know I wasn't
,
Posted by BOOKS TO CURL UP WITH at 7:19 AM