Happy Sunday everyone, hope your weekend is going great. I have had a busy Saturday but I am here today, Todays book is a debut novel from D.L Colon. THE LOST CITY:DRAKE REVENGE 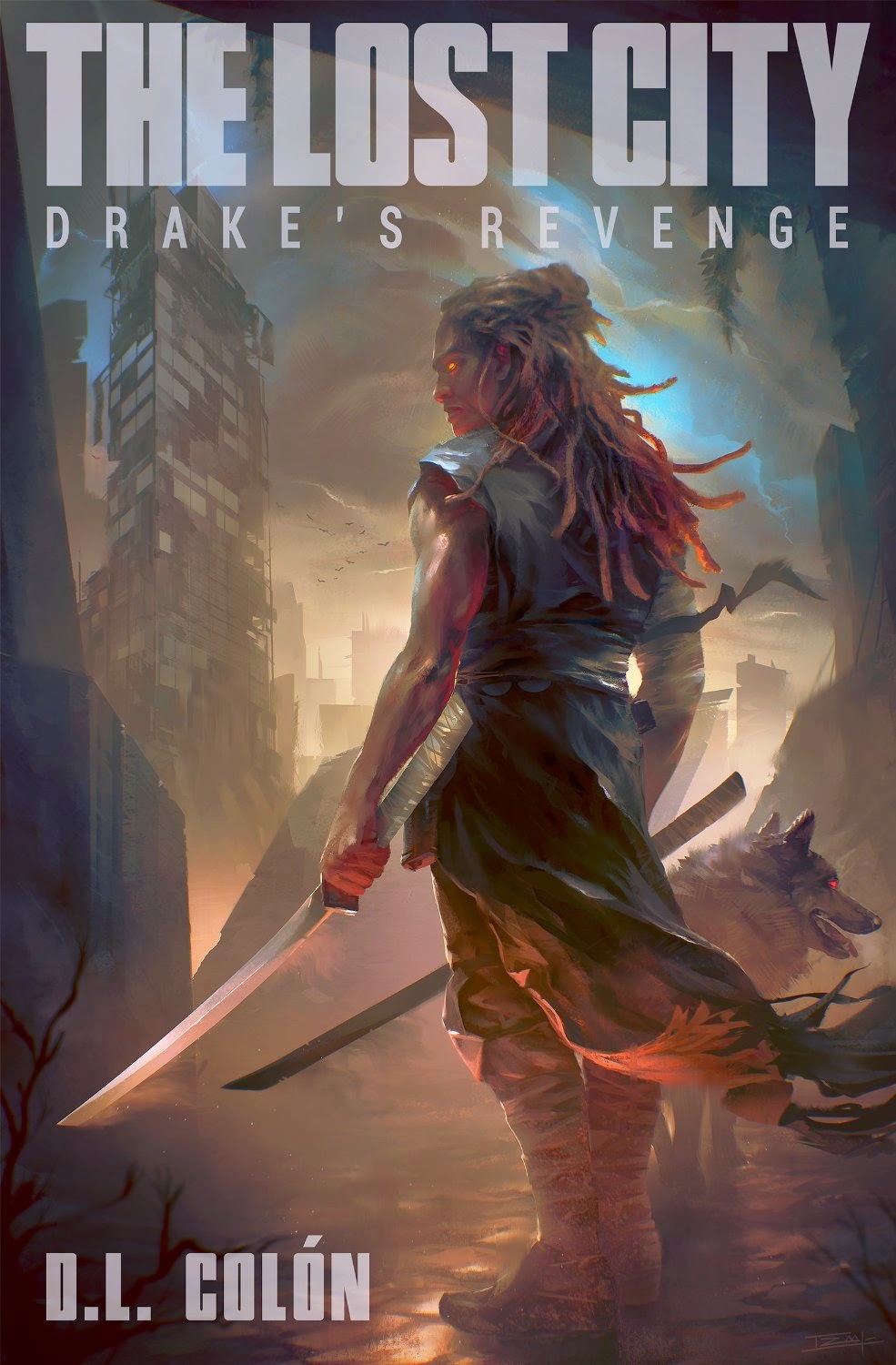 Life in the World was simple. As always there was war, poverty, power struggles and a new leader for different years, until 2014. That was when the trumpets were heard.
What many thought was the coming of God was, instead, a race for survival. The heavens opened up, not to receive new souls, but it opened to release the battalions of heaven's warriors against a known enemy, The Demons of Hell. The Demons of Hell, led by Raphael, came with one thing in mind, Total Annihilation of The Angels of Heaven. The Angels of Heaven, led by Gabriel and given free reign by God, came with one thing in mind, Total Supremacy over The Demons of Hell. Since they needed neutral ground to fight against each other they used the one available, Earth.
Humanity was pushed to the brink of destruction during the war and people with abilities came to exist in the middle of the conflict. There was a decision made by each side to use one of their Lieutenants to gather intelligence from the enemy. The Angels chose Maria Faith for this task and Hell chose Simon Black. What neither side expected was for Maria and Simon to fall for each other. Even though they kept fighting the war for their sides on Earth, they were quickly losing interest in the battle. They decided to leave the war and build a life together. Both Heaven and Hell kept watch on them but left them alone until something happened. Maria became pregnant with Simon's son. On top of everything else, the boy was half Angel and half Demon.
Heaven and Hell couldn't let the boy live so they plotted to kill him. Maria and Simon, who named the boy Drake Blackfaith, found out about this before the attack and they took Drake to a Guild named Never Too Late. They left Drake with the Guild and a letter, which he was to be given on his 25th birthday. The day of the attack, instead of killing Maria and Simon, Heaven captured Simon and Hell captured Maria. Both of them were to be tortured into revealing the location of Drake. Both Heaven and Hell wanted him because of a prophecy that was passed down 600 years before that says....
On the eve of his 25th year, Heaven and Hell cannot do anything except hide, his wrath and hate cannot be stopped. Both of his sides will unite, to save or destroy what's left of Earth. Heed my warning, for it will come to pass. Nothing can stop it, it's just a matter of time.....
Now the year is 3014 and the war still rages on. Drake is approaching his 25th birthday and this is where our story begins...

MY REVIEW
There is a little bit of everything going on in this book. It takes place in the future we have angels and demons and the end of the world as we know it . When the trumpets sound it heralds in a race for survival for humans, The skies opened up and the angels descended to earth led by Gabriel and the demons arrived led by Raphael. They needed a neutral ground to wage war so they decided earth was the best place to wage this holy war. The humans were stuck in the middle. When each of the sides chose a person to get info on the other side for the demons it was Simon black and for the angels it was Maria Faith but who knew that they would fall in love and leave the battle. Both sides kept tabs on them but when Maria gave birth to a son, they decided the child must die. They couldn't have a half angel have demon child out in the world. But before either side had a chance to kill him. Maria and Simon took him to the guild with at note, Both sides didn't want Drake alive cause in a prophecy made 600 years earlier. That on hi 25 birthday heaven and hell would run and hide as his wrath will bring them all down.
This is a totally different Angels and Demons. Could you imagine all out war between the angels and demons ,us humans being stuck in the middle. These characters in this book have a real feeling to them What I mean is that they are flawed and are need of love. Drake is a flawed man that is torn, which makes him more relatable in my eyes. He is in so much turmoil. you want to hug him and try and make it better. I really loved watching him change, growing up from a kid to a man, but honestly there were moments in the book where I shook my hand and screamed at him for being such an idiot. If I could I would of slapped him around a few times. He really did deserve it every now and then. The rest of the cast of characters are also flawed but they love Drake and they want him to be ok.
The author takes us on a ride, you will be second guessing yourself as you read this book. Trust me at one point I was ok I get it now only to be thrown for a loop and pushed into another direction. Which I love. But don't get me wrong this isn't just a hell versus heaven book with revenge, there is also a love story going one. Which there are some steamy scenes. The flow of the book was great the story was told with great detail and it kept me entertained reading into the night. Yes there were a few minor punctuation mistakes but hey we all can't be perfect. So if you like angels and demons and a good futuristic story. This will be the book for you . So check out this new author and I can't wait till book 2 in the series