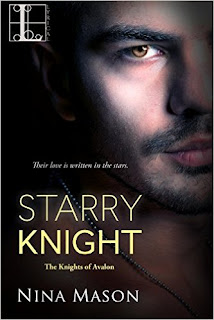 Can these star-crossed lovers bridge two worlds?
British aristocrat Vanessa Bentley has beauty, fame, and fortune, but she gets no respect for her decision to become a paranormal investigator. Determined to prove the naysayers wrong, Vanessa ventures to the misty moors of Caithness, Scotland. There stands the immense Castle Barrogill, where a vampire is rumored to be stalking the dungeons—a vampire Vanessa is determined to find. She’ll just have to get past the resident shape-shifter…

Callum Lyon is the gorgeous reclusive astrologer and faery knight who guards the castle. For free-spirited Vanessa, seducing him proves to be easy. After all, he was once a breeding drone to a Queen. But astrologically, their differences are harder to overcome. Will Vanessa’s mission—and Callum’s secrets—be more than their burgeoning love can take? Or will flesh—and blood—win over the ghosts that haunt them both? ….


MY REVIEW
Let me introduce you to Callum Lyon. a very hot yummy man , who is also a astrologer and a fairy knight .  He is happy in his life until he meets the beautiful Vanessa, a paranormal investigator who wants to find the vampire of Castle Barrogill. Sparks fly and wow oh wow what can I say . We they find the love that they both want and need or will they shine like the stars and fizzle out .
Wow Nina has done it again , she has written a book that is both sexy and thoughtful . She takes us on a journey from Avalon to modern day Scotland. We have star crossed lovers and some political intrigue  all in one book.   She takes through the land of the fairy with such ease . I wonder sometimes if she isn't a fairy herself . She writes it so well. She really did her research on this book
The two main characters Callum and Vanessa are very strong characters . Callum has only wanted revenge for what happened to his wife and child. He took up astrology to please his father and he is really good at it . He has become a recluse because of what he is. He is oh so handsome and who wouldn't love a Scottish accent . He is intrigued with the very beautiful Vanessa , a poor rich girl , who is trying to make it as a paranormal investigator .She is very independent and doesn't want a relationship but when they get together sparks fly. They are drawn to each other and they can't deny that they belong together . But will they come together. or will the star crossed lovers ever be together. There is a cast of characters that help both of them out to realize that they do belong together. Loved the ghost of his first wife who does everything in her power to make sure they belong together .
Nina mixes modern politics and the world of fairies , vampires an shifters with such ease . She takes us on such a fun filled ride. There are hot and I mean hot sex in this book but it also makes you think about the political aspect of world today . I got a book hang over reading this book , I just couldn't put it down. Nina writes with such a grace that makes reading her books so easy . You get sucked in by the hot yummy men but then you start to care and want them happy. Trust me you will love this book . So Please check out STARRY KNIGHT . You will get a book hang over  and love every second of it . 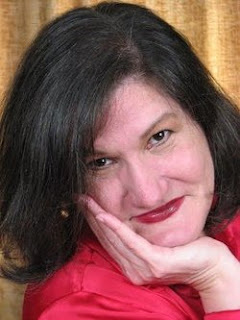 The two books on pre-order are part of a new paranormal romance series titled The Knights of Avalon. The series combines Arthurian legend, Celtic mythology, and Scottish history to tell the story of four mortals taken by the faeries after falling in battle. The Knights of Avalon are the breeding drones of the legendary sorceress Morgan Le Fay. The series will be published starting in August by Lyrical/Kensington.

Ms. Mason, born and raised in Southern California, currently lives with her family in Woodstock, Georgia.