Good Tuesday everyone out there , hope you are having a good week . Hopefully not as busy as I have been . Its foaling season out here on the ranch, Have had three babies so far. So have had a lot of time to read between baby checks. . I was very lucky to get an advanced copy of DUTY  by L.M Pruitt. I read this book in one day . It is really good 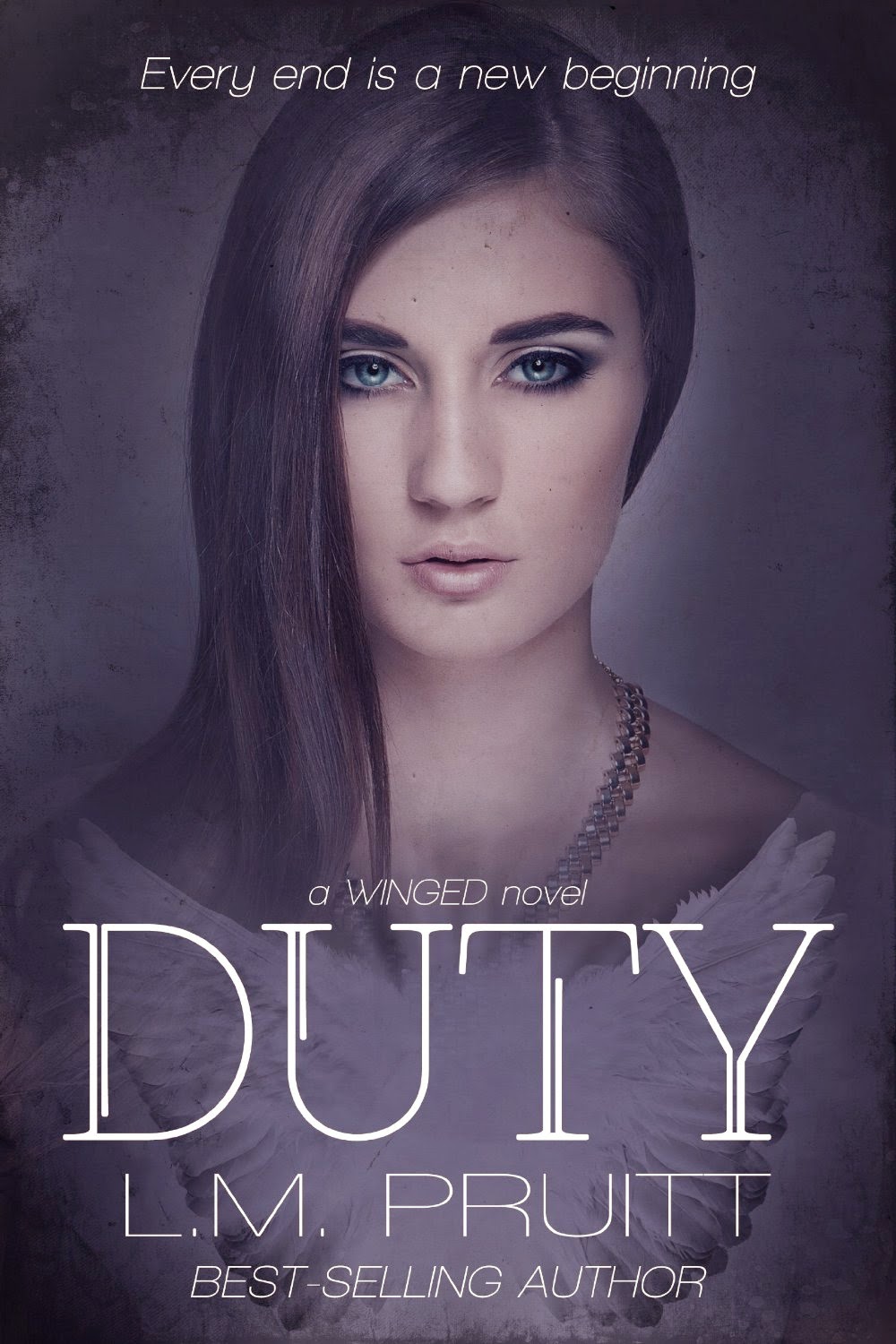 "I looked and behold, a white horse, and who he sat on it had a bow; and a crown was given to him, and he went out conquering and to conquer." Revelation 6:2

After one hundred odd years of peace, the fate of the world once again hangs in limbo.

The First Horseman of the Apocalypse has been released.

The new generation must rise to the challenge before the millennia old dominos start to fall. And the Second Horseman is released.

Where does obligation end--and duty begin?

WARNING: Contains scenes of graphic sex. Reader discretion is advised.
MY REVIEW
I was honored to get this book as an advanced copy of this book. I had it read in one sitting. I couldn't put it down.  It has been a hundred years of peace but the unleashing of the first horseman of the apocalypse, the new generation of warriors must come together and defeat him.  Now they must work together,  Can they defeat the horseman and stop the second horseman from being released. The new generation of warriors revolve around Livvy and Flynn who so did not want to be called back into action . They were liking their lives as they were. But, having Joanne as a mother and Micheal and Raphael as her fathers. She goes back and starts training the new recruits. Trying to stay away from Angus, how has her heart . And then he broke it into a million pieces. As they tiptoe around each other, they still have to work together. Livvy goes through men in her life trying to do anything to keep Angus at arms length.  Working through everything and taking down the horseman is all in a days work for these extraordinary people.
This is the 7th book in the WINGED  series. L.M doesn't disappoint you in any way. She takes us on a ride . Between the beginning of the end of the world, yet again, and all the bed hopping that is going on. You will love every page. My thoughts on Livvy , is she is the splitting image of her mother in everyway.  She is tough but does have some insecurities about her love life. She knows she wants Angus but he is just being all dominant and I think he is hiding some feelings that he doesn't want to Livvy to see.  The characters are so well written , L.M puts you right in the middle of it all. There are some BDSM  aspects to the book . The men in Livvy's life are dominant , or in one man's case trying to be a dominant. What Philip did to Livvy was just wrong in a way . You will know what scene I am talking about when you get to it. I would be wanting to kill someone , just saying hehehehehehehehehehe.
This book has come around to a new generation. I can't wait to read more about Livvy . Flynn. Brian and the rest of the group. L.M has a great series going on and I really hope it goes for  awhile yet.  I really recommend this book to anyone who loves arch angels and warriors , sex and the end of the world . So check her out and read the series . You so won't be disappointed.
Duty is live today so don't be shy check it out