Good Thursday all hope you are having a great week , Check out this new steam punk book 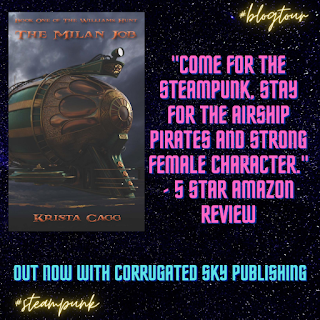 The Milan Job by Krista Cagg
Steampunk, space opera, time travel, and a rebellion turned revolution--Alexandra de Sade is a Captain that's hard to say no to...
Buy it now on Amazon: https://tinyurl.com/ybh2xekw 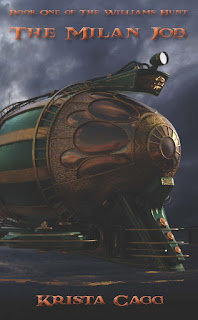 Meet Captain Alexandria de Sade, the proud and once loyal captain of Naviwerks chrono-ship #25. When she learned the truth about how the company was fleecing their customers she turned her back on the promotion they offered her, left the man she loved without a word, and disappeared with her ship.

With a plan in mind to undermine Naviwerks’ business of artifact and heirloom retrieval, Captain Alex hired on several like-minded misfits to crew her chrono-ship which she re-christened The William’s Hunt. They are: An awkward but genius Horotech, an irascible ex-marine, a flamboyant playboy, a churlish physician, and a hot-shot pilot.

Their first venture: go to Milan, Italy 1490 and retrieve the working model of Leonardo da Vinci’s Gran Cavallo before Naviwerks does. What should have been a simple snatch and run mission for the newly formed band of pirates goes south nearly immediately. In their struggle to recover, they learn that there is much more behind Naviwerks’ actions. Captain Alex and the crew of The William’s Hunt are the only ones that stand a chance of putting things right,and it seems as if her crew’s every step takes them deeper and deeper into discovering just how nefarious Naviwerks truly is. 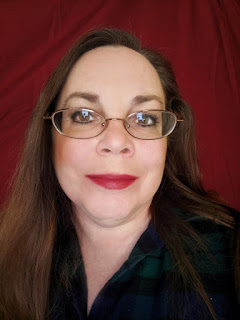 According to her mother, Krista has lived in her own imagination since birth. The real world let her down. It was, frankly, boring beyond belief. After she discovered fantasy novels and comics there was no going back. This didn’t win her any popularity contests (or dates) until after high school. Art school introduced her to other geeks and the wonderful world of AD&D. A love for RP eventually led to LARP (the goth/vampire era of her life). Finally, sci-fi/fantasy/fandom conventions introduced her to the beautiful world of Steampunk. Music. Clothing. And books. She dove into the books she took a shine to and absorbed them. But something was missing. She wasn’t satisfied. During her recovery from neck surgery something she’d heard somewhere stuck out in her mind: “If you can’t find the stories you want to read then write them yourself.” On a couch in Savannah, GA. with Sons of Anarchy playing in the background, The William’s Hunt began.
Currently, Krista lives in her home town in Pennsylvania with five cats, a husband, and a weiner dog, Pete, who watches from the other side of the Rainbow Bridge.
Check out her website: https://www.kristacaggauthor.com/ and follow her on social media.