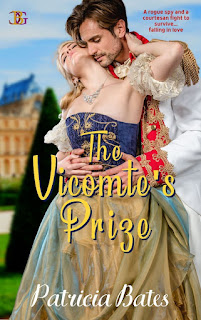 When his younger brother is summoned to Versailles, Vicomte Frederique de la Tour decides to intervene and takes his place. King Louis’s XV court is stunned when instead of a lad, the legendary spy, known to his underworld associates only as The Wolf arrives.

Lady in Waiting Hélène d’Ètoilles’ life has been serene: Serve Her Majesty the Queen of France with grace and obedience. Now her life and her sense of self are in turmoil when she discovers she’s been gifted to a nobleman for his family’s loyalty and years of service. No longer a lady in waiting to the Queen of France, she’s thrown into a world of subterfuge and passion, of lust and power. 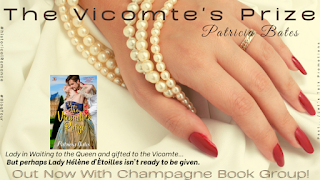 Dressed from head to toe in burgundy, his sister floated behind the queen, her mask firmly in place as she laughed at some joke. A step behind her, Mademoiselle Hélène d’Ètoilles glided in.

Encased in yards of blue satin and lace, Hélène froze on the threshold, her stance proud, almost defiant. Such fire, such passion within her stirred his blood. When she turned, he caught the flash of brilliance from the square cut sapphire at her throat, the diamond drops of the necklace lying within the ample cleft of her full breasts. His fingers burned with the urge to touch, and he cursed the confines of socially acceptable behavior.

Hot, potent anger raced through him when he recognized the lust filled stares of the men in the room. He tightened his grip upon his glass when one young, eager courtier attempted to get closer to her, only to have the queen turn and speak. The young man’s face flashed with fury as he glared at Mademoiselle d’Ètoilles before it was quickly masked.

Frederique set his glass on the nearest ledge and began to make his way to where the king had settled. A tall, beautiful woman sidled forward and curtsied to the king. It didn’t take him long to recall her name. Frederique hid a smirk as he realized the queen’s fury would surely be great at having the king’s three mistresses all present and within arm’s reach of her husband.

Resolute, he focused his attention to more important matters. Keeping Hélène in sight, he skirted the crowd. He paused to speak to those who acknowledged him even as he struggled to control his frustration at the delays.

“Ah, Vicomte de la Tour.” King Louis raised a hand to halt the woman speaking to him and greeted Frederique. “I am delighted you are here.”

“Your Majesty, thank you for allowing me to attend. Allow me to extend my sincerest apologies again on the sudden illness of my brother.” Frederique bowed respectfully.

King Louis nodded. “Indeed. Your father has always been a kind, loyal man to me. Rarely does he ask me for a favor. I believe this one time I can be forgiving.” As if suddenly realizing something, he turned toward his wife. “Do you not agree, my dear?” 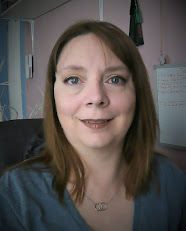 Canadian author Patricia Bates writes dark and edgy historical and contemporary suspense romances. Because to bleed is to survive, but it's by loving that we truly live.
She has two Best Sellers under her belt for Champagne Book Group and Beachwalk Press.
For more details on Patricia, you can visit her at her website: www.patriciabates.com
Patricia Bates | Facebook
www.twitter.com/PatBAuthor
www.instagram.com/patriciabatesauthor
a Rafflecopter giveaway
Posted by BOOKS TO CURL UP WITH at 6:26 AM