Author of the Blood Prophecy Series 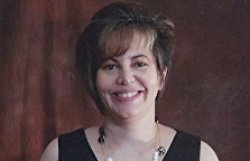 Barb Jones is a paranormal thriller author, IT professional, and the mother of two fantastic children. She is known for her ability to create relatable characters and detailed settings without compromising her unique plots. When people have asked her who she is, she’s been quoted saying, “It can be hard to write at times, but never give up on what you’re passionate about.” She’s a mother, first and foremost, and an author and supernatural enthusiast after. She currently resides in Sarasota, FL, but is a Seattle native at heart. When she’s not writing, she’s traveling and looking for new inspiration for her books. 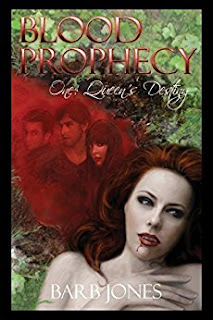 Amber Stone, once a child prodigy, has just become curator of a special collection of Macedonian artifacts for the Seattle Museum of Natural History. Chloe, a prodigy of a different sort, holds a position at the museum focusing on tribal art. The two become fast friends, united by Amber's unsettling dreams and Chloe's unorthodox ways of dealing with them. Two strangers arrive in town, bringing with them a prophecy recorded more than three-thousand years ago, a prophecy that places Amber directly in the midst of a battle that has spanned a millennia.
Queen’s Enemy: Blood Prophecy (Book 2) 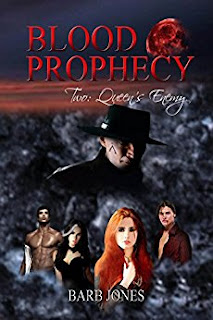 When you are in love with the one you fear and hate the most, it leaves you no options. How can you fight her, protect her, love her, when all it would do is leave you in pieces?
Amber and Chloe are pulled deeper into the Prophecy that reveals itself as the Blood Moon rises. Michael is pulled and torn into different directions. His choice is fated but is not known until Amber embraces her true destiny and is crowned Queen.
Together, all four embark on a journey, joined by new allies, enemies and the past. A child is born to be the instrument of the Queen.
This is the preparation for the upcoming Epic battle that has spanned a millennia.
Amazon Buy LinK:  goo.gl/1jFxxQ 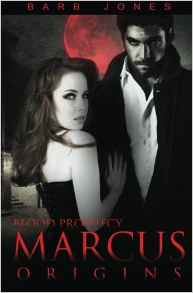 Marcus is a young man, full of life and innocence, yet his homelessness cast a spell of yearning for adventure and a better life. He wants that adventure and to return to a normal life someday…but that day isn’t today. Eliza, a beautiful vampire, seduces him into a world like no other. Their young love and hunger drive them together and also pull them apart too. Marcus ventures out on his own as a newborn vampire and experiences all the emotions of rage, anger, love, lust in order to become the man he is today. This is the birth of Marcus.
Amazon Buy Link: goo.gl/kEAOFK