WELCOME TO MONDAY AFTER EASTER

Good  Monday all today is an exciting day on the blog . It is cover reveal and interview with the amazing JD Brown and the next installment of her Ema Marx series

With the fourth book done in the Ema Marx series . I had a nice conversation with Ema's writer  J.D Brown . She is an awesome woman who loves coffee , vampires and a Netflix junkie  . 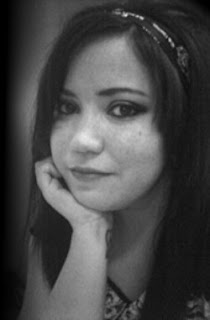 . Tell us about yourself.
My name is J.D. Brown, I'm an urban fantasy author best known for the Ema Marx series which is currently 3 books (about to be four) and 2 novellas strong. You can check them out at Amazon.com/author/jdbrown  I have two dogs, a niece and two nephews that I adore. I'm a vampire junkie, a coffee addict, a Netflix binge watcher, and a book hoarder.

Are you working on anything new if so let us in on it.
Getting the fourth Ema book - Dark Ascension - ready for publication is taking all of my time right now. I also have a boxed set and a few other projects waiting their turn.

So if you weren't a writer what would you be doing?
I honestly have no idea, but I think I would be pretty miserable. I really love being an author.

if your books were being made into a movie, who would your fantasy cast be?
Mila Kunis would play Ema. I think she'd rock the part. Jason Momoa would make an awesome Apollyon (the bad guy). I have no idea who would play the rest of the characters. I'd have to ask the professionals.

Is there a type of scene that you have a hard time writing?
Probably the boring bits between the action; the down time. I love writing the gut-wrenching and heart-breaking stuff. It's a rush.

Do you have any rituals when you sit down to write.
Coffee is a must. Snacks too. Quiet is also important. I can't even listen to music while I write. I have to be firmly in the character's head space, seeing what they see. It's weird.

what is your least favourite part of the writing / publishing process?
I hate revisions. Ugh. Takes me forever.

What authors have inspired you to sit down and write?
So many. Darynda Jones and Cassandra Clare are my top two favorite authors right now (though there are tons more) and reading their books always gets me so jazzed up about my own. I want to be like them when I grow up - haha.

Now for some fun questions
What animal would you be in the zoo
.Hmm. If I have to live at a zoo I would like to be an animal that gets a swimming pool to play in, like a polar bear or an otter. The other animals always look so bored.

Vampires or werewolves
Vampires - though there are shifters in my series too. ;)

if you were a super hero , who would you be and what power would you have.
I really like Oliver Queen's sister, Thea. Can I be her? She doesn't have a super power really, but I think the best super heros don't.

Coffee or tea.
Both, but if I have to pick one - Coffee.

Where is the one place in the world you would like to visit.
Everywhere. I love traveling. Wish I could do it more often and see more exotic places.

One last question
what would you tell all the aspiring authors out there
Get out of your own way and write. - Thanks so much for having me, Patricia, it's been a blast. :)

NOW FOR THE MAIN EVENT 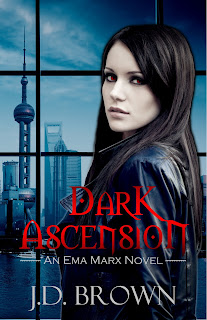 When one king falls, another rises…


Defeating her nemesis is just the beginning for Ema Marx. Her past is about to catch up with her. Her future is bleak. A new enemy waits. But her greatest challenge?

Or is it surviving her on-off relationship?


Start from the beginning and get the first book FREE at:


Follow J.D. at www.Amazon.com/author/jdbrown for alerts, news, and other fun features.


*** GIVEAWAY TIME ***
Who’s your favorite urban fantasy author? Comment below with your answer before April 23rd (hey, my birthday!)
→ On April 24th I’ll select 3 random winners from the comments. Each winner will get a free ebook from the Ema Marx series - whichever title you want.