Good Sunday everyone hope your weekend is going well . Today we are reviewing CHIPPED BLACK NAIL POLISH by Nicholas Tanek 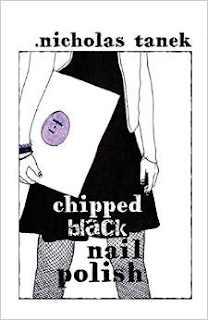 In New Jersey during the summer of 1989, an awkward thirteen-year-old who was obsessed with weird music fell head-over-heels in love with the coolest post-punk rock girl he had ever met.

Nicholas was insecure. He was a daydreamer, wishing for romance when he was told, over and over, that he could not have it. He was a toy, pulled and pushed, wanted and used, dragged along yet held at a distance. Nicholas fell in with the out crowd, and loved every minute of it. He fell in love and got left behind, but not before she changed him forever.

This is an irrational, emotional love story for the teenager inside all of us.

The music is loud, and you're about to be pushed into the pit.


MY REVIEW
This is the prequel to THE COOLEST WAY TO KILL YOURSELF.  To when Nicholas is a thirteen year old kid with some well lets say different tastes in music . One day he is in the right place at the right time where he falls head over heels with the coolest punk girl. He is pulled into a world of punk rock music and the girl of his dreams . Where he fell in love and got dumped all in one summer . But it was the best summer of his life .
I was so sucked into this book when I started reading it. The story flowed so well and you can just feel the angst of the kids just pouring off the page . You find yourself thinking about your teen years as you read this book. The good and the bad parts of it . You will just get sucked into their lives and you will shed a tear or two as you read. The ending is so sad I cried , not going to tell you what happens. But you just want to take Nicholas in your arms and hug him tight and wipe away his tears
The characters are so well developed and each of them have their unique sense of being . Kim is the wild child that is like the fire cracker of the group. Kevin is the best friend to Nicholas. They remind me of some of the kids I went to school with . They are all individuals but also work great as the whole group. They are outsiders and stick together through thick and thin.
The author takes us on such a ride in this book . It is more light hearted then his first book but it still sends us a great message . It is ok to be different and unique. There is first love, drugs and some awesome tunes in this book. You will laugh and cry and think. Even when you finish the book , you will be introduced to some cool bands . Which honestly I never heard about before these books . So if you want a book to add to your summer reading list . Check it out . I know you wont be disappointed at all 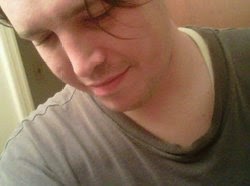 Nicholas Tanek is an American ghostwriter from New Brunswick, New Jersey. He graduated from Rutgers University with a bachelor's degree in English. Nicholas Tanek grew up as a New Jersey punk rock skater kid who lost himself in the early 90's New York City rave scene. After years of drug addiction, he got his life together when he was reunited with Lynn, the love of his life, before she died at the age of 37. Instead of choosing negativity, he chose creativity. Losing Lynn inspired him to write his first book, The Coolest Way To Kill Yourself. There is quite a bit of kinky sex, drugs, and music in the life of Nicholas Tanek and he has some unique stories to tell.

WHERE TO FIND NICHOLAS AT
AMAZON http://www.amazon.com/Nicholas-Tanek/e/B00FZTCZHC/ref=dp_byline_cont_pop_ebooks_1

TWITTER https://twitter.com/NicholasTanek
Posted by BOOKS TO CURL UP WITH at 5:00 AM