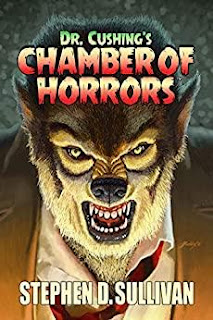 The monsters aren’t only in the museum!
Despite a lifetime of traveling with their father to collect strange artifacts, twins Topaz and Opal Cushing have never fully believed in monsters or the supernatural. Oh, sure, they share an eerie psychic connection, and their tarot card readings often come true, but… Werewolves? Vampires? Living mummies? None of those could be real. Those legends are just for rubes. Right?
Since the girls’ father has been away, though, strange things have been happening in the family’s little exhibit—and in the waxworks studio that shares their dilapidated Victorian mansion on the outskirts of London. Now, the twins’ dreams of a fun, romantic summer season are turning into a nightmare, and the monsters are running... 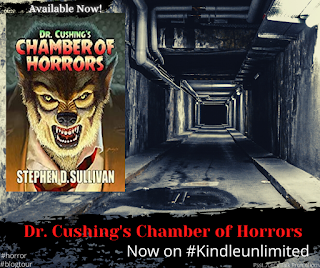 “Hey, look at me! I’m a mummy!” Frank moaned theatrically. He was holding a carved and painted mask from one of the crates in front of his face.

“Why? I’m not hurting anything?”

And while that may have been technically true, something about the visage of her would-be-beau sporting a red-ochre face and glass eyes sent a stab of pain behind Opal’s eyes. For a moment, she saw Frank wrapped in bandages, and reaching out to her from beyond the grave… Then her vision cleared again.

“Frank, please,” Opal added, not quite able to shake her uncanny vision. Had it been some kind of actual premonition, or had she just been unpacking too long?

“Funeral mask?” Frank said, his handsome face going pale. He carefully laid the painted visage back down in the excelsior-filled box from which it had come. “Okay. Sorry.”

“Oh, my!” Vincent exclaimed. “This is really quite remarkable! I think we may have finally reached the core of your new exhibition, my dears.”

Opal, her sister, and the other two teens quickly came to peer into the box he was examining—one of just two remaining unpacked. After an afternoon of un-crating chairs, jars, and other similar items, the youngsters were ready for a break.

Inside lay a beautiful casket, carved and painted in the likeness of a very lovely young woman.

Topaz checked one of the bills of lading and smiled. “This must be Bastiti, one of three mummies our father helped discover and acquired as compensation. Legend has it that she was a queen of Egypt, though details of her dynasty have been lost to the ages.”

“A queen without a kingdom, eh?” Frank mused.

“Good looking, though,” added Barry. “For a girl who’s a couple of millennia old, I mean.”

“Father theorized that she was married to King Sethmosis,” Opal said, remembering some of Dr. Cushing’s letters. “But the king wasn’t found in the tomb with her, though several other mummies were.”

“Father thinks one is the royal advisor, Sethotep, and the other a guard who went by the name of Nekure,” Topaz elaborated. “Their names are carved on their coffins.”

“I can read a bit of Egyptian,” Vincent said. “I was quite the art history buff at school. I’ll just clear away some more of this packing and—Ouch!”

A dark flash went off inside Opal’s mind, and for a moment, she saw a mummified hand reaching for her, again.

“I just—” Opal began before realizing that her sister wasn’t talking to her.

Vincent Dupris had withdrawn his left hand from the mound of excelsior surrounding the sarcophagus and was sucking on his middle finger. A little blood tricked out the sides of his lips.

“It’s nothing,” he assured the rest. “I just pricked my finger. There must be a rough edge or something on this coffin.”

“I’ll get some mercurochrome,” Topaz offered.

“No need, no need,” Vincent countered. “I’m all right. And, besides, I wouldn’t want to slow down your work. I’m really anxious to see the entirety of this casket—and the sarcophagi of the other two mummies, of course.”

Carefully, the four teenagers removed the rest of the shipping crate and its packing material, until the sarcophagus inside stood revealed in its full glory.

“This really is exquisite,” Vincent said. “Notice the subtlety of the carving… the almost lifelike quality of the face…”

“That’s quite a compliment coming from an artist of your caliber, Mr. Duprix,” said Frank.

“I’ve been through your wax museum a few times,” Frank replied.

“Though Barry’s favorite is Lady Godiva,” Frank put in.

“Well, thank you, boys. Thank you very much,” Vincent said. “It’s always nice when young people today admire the arts.” He’d bandaged his injured finger in a white handkerchief, now, though a spot of blood had managed to stain all the way through. “My humble efforts are but mere shadows of the genius of these ancient craftsmen. Why, looking at this… this queen depicted here, I almost feel as though she’s still alive, standing right before us.”

“Why don’t we open the casket and take a look at her,” Topaz suggested.

Something inside her—maybe the vision of that bandaged hand—made Opal want to say “Stop!” 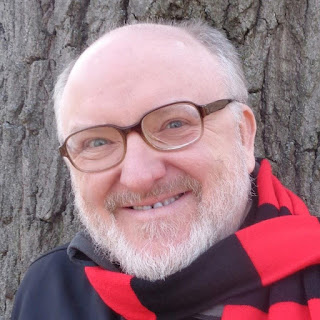 Stephen D. Sullivan has over sixty published titles to his name and helped create more comics and games than he can either list or remember.
A Scribe award-winner for “Best Novel Adaptation, 2016” with his book Manos: The Hands of Fate, Sullivan lives with his wife in a small town in Wisconsin.
You can contact him via Twitter, Facebook, Patreon, or on his website: www.stephendsullivan.com
Rafflecopter:
a Rafflecopter giveaway
Posted by BOOKS TO CURL UP WITH at 8:23 AM