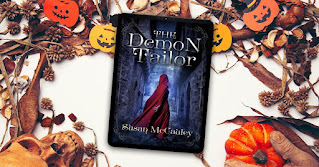 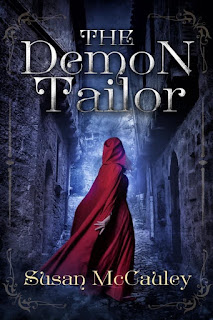 After being erased from history for over 400 years, a historical serial killer returns to terrify readers. In sixteenth-century France, seventeen-year-old Marie dreams of leaving behind her life at a rural inn for the excitement of Paris. But she grows anxious when her brother vanishes and then a girl from her village disappears. Rumors spread of a dangerous creature lurking near the city. Some say the villain is a crazed man. Most say werewolf. Marie refuses to be cowed by either. Then she is snatched—and discovers true evil. Marie finds herself in the grips of a ruthless monster, and giving up would be easy. Trapped in her brutal captor's deadly game, Marie must stay strong during agonizing brutality before she becomes his next victim. Filled with supernatural twists and characters from nightmares, The Demon Tailor is a chilling horror novella.</p>

I was seventeen years old when the demon tailor captured me.

Of course, he did not go by that name when he carried me away from my home. And his true name has now been erased from all of history. Damnatio Memoriae. His memory damned for all eternity. Except I know it. I know his name. I cannot scour him from my mind or my flesh no matter how hard I’ve tried these past six months.

So I shall tell my story here in hopes of freeing myself from him and the terrible things he did. And, perhaps, it will shine a light on his torturous crimes. Not to glorify or to remember him. No. But so the villagers and citizens will know what to look for should the likes of him ever walk the earth again. Yet I pray with all fervor that will never happen.

His name was Jacques Albinet. He captured me in the woods outside our home on the outskirts of Paris in November 1598. 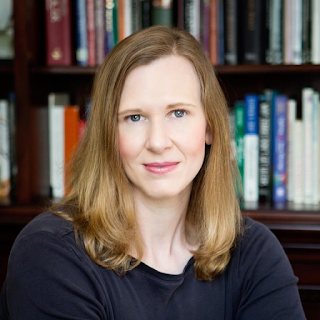 Susan McCauley is a writer / producer of paranormal, fantasy, and horror films and fiction for adults, young adults, and middle grade audiences and readers. Susan fell in love with writing, theater, and film when she was eight-years-old. That passion inspired her to receive a B.A. in Radio-Television with a minor in Theater from the University of Houston, a M.F.A. in Professional Writing from the University of Southern California, and a M.A. in Text & Performance from the Royal Academy of Dramatic Art (RADA) and King’s College in London. Susan also studied acting at Playhouse West with Robert Carnegie and Jeff Goldblum (Jurassic Park, Independence Day) in Los Angeles.
While living in Los Angeles, Susan wrote the story for and produced a short film, which later won awards at the Houston International Film Festival and the Seabrook Film Festival. In 2002, she moved to London to further explore professional theater. While in London, her stage adaptation of Nikolai Gogol’s “The Nose” was performed at the Royal Academy of Dramatic Art’s George Bernard Shaw Theatre; and, scenes from her play The Prisoner: Princess Elizabeth were performed at HMS Tower of London. She returned home to the U.S. in 2005. In 2007, she was the line producer of the Emmy Award nominated Civil War short film Now & Forever Yours: Letters to an Old Soldier. Susan has several short stories published, one of which, "The Cask", was made into an award winning short film. "The Cask" was republished in the Camden Park Press anthology Quoth the Raven, which won Best Anthology of 2018 in a readers' poll and was on the preliminary ballot for the Bram Stoker Awards. Susan has two feature length screenplays in development and her second novel will be released in February 2020. Susan loves travel, animals (especially cats), movies, theatre, taekwondo, and books (of course!) WEB BOOKBUB PATREON FACEBOOK TWITTER INSTAGRAM
Posted by BOOKS TO CURL UP WITH at 8:27 AM